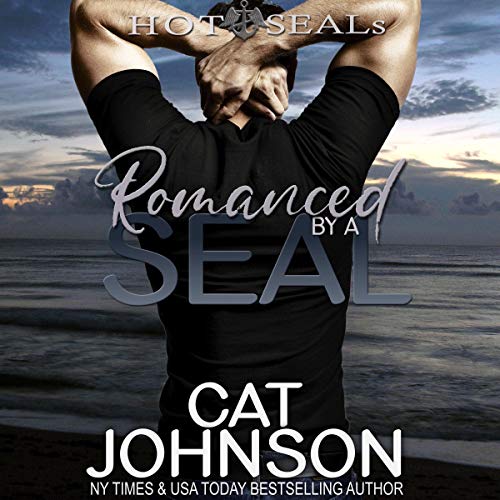 Romanced by a SEAL

He traveled to hell, danced with the devil, and made it back to her, but his toughest challenge is still ahead: getting her to marry him.

As a SEAL, Jon Rudnick dodged copper and lead without flinching, but just the thought of one tiny gold band around his ring finger has always sent him into a cold sweat. Love is one thing, but marriage is another. He’s not sure he’s ready for that just yet, until a near miss serves as a wake-up call he can’t ignore.

Now, he’s ready, but his girlfriend, Ali, has gone from rushing him toward the altar to running in the opposite direction at full speed. Hell if Jon can figure out why, but he knows one thing - all’s fair in love and war. He’s not going to rest until he makes Ali his again. This time for good.

Romanced by a SEAL is a stand-alone title in the Hot SEALs series with an HEA and no cliff-hanger. You do not have to listen to the other titles in the series to enjoy this one.

Except adopting and marrying a stranger and a baby in just a few days was far fetched.

just plain loved this book .finding that special one for foreve..Thank you Cat..for Jon and Ally forever.

Romanced by a SEAL is an emotionally charged story that makes you feel and takes you away to places that catch your breath.

I'm coming into the middle of the series, having only read book 2 about a year ago. I enjoyed landing in the middle of Jon and Ali's relationship and sorting out the feelings of "where do we go from here" with them.

I had to take a pause somewhere in the middle because I was connected so much to the characters and their emotions I was afraid of what was going to happen... and as much as I wanted to hurry through, I forced myself to live through the unknowns and worries and it made the story all that better for me.

I loved being in both Jon and Ali's heads, knowing what the other was thinking/experiencing and seeing them make their way to their hea. The twists and surprises along the way made the journey all the more worth it. I also liked the strong brotherhood and sisterhood shown - those kind of friendships are priceless!

I listened to this in audio and the narrator did a terrific job acting out the parts and keeping my attention.

Performance was a little slow for my preference but adjusted the speed and that worked great. Enjoyed the different voices for different characters.