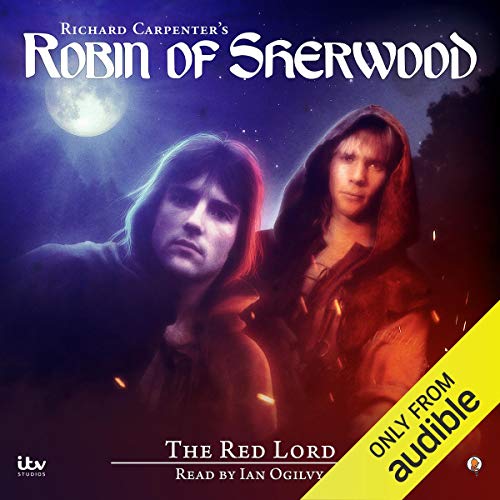 Robin of Sherwood: The Red Lord

The ITV series Robin of Sherwood is generally considered to have been among the greatest adaptations of the legend, with its fantastic set of characters both traditional and new, as well as its twisting, turning, turbulent plot lines. This audiobook is one of an excellent range that adds even more depth to the Robin Hood universe, with each episode taking place close to the timeframe of the original TV show and featuring the characters we all know and love.

In this instalment - set prior to the TV episode 'Robin Hood and the Sorcerer' - the focus is on David, earl of Huntingdon....

The earl of Huntingdon sighed quietly as he watched his teenage son, Robert, emerge out of the woods surrounding Huntingdon castle. That particular spot was special; that had been where his wife, Mathilda, had taken her son for long forest walks, where she’d told him stories, where they’d played games.

But when Robert was eight years old, the games had ended, and there were no more stories. But as each day thereon passed, the earl realised why his offspring behaved in the way he did. After all, Robert of Huntingdon was Mathilda’s son. He was her legacy.

The TV series Robin of Sherwood is copyright © 1983 HTV/Goldcrest Films and was created by Richard Carpenter.