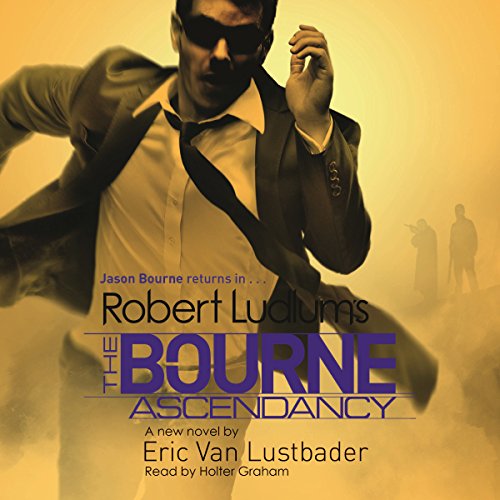 Jason Bourne is now working as a 'blacksmith' - someone who is hired by high-level government ministers fearful of assassination attempts. He is paid to impersonate these men at meetings in places of uncertain security around the globe. Bourne is at one such meeting when armed gunmen storm the room - but their target is not the minister he impersonates, it is Bourne himself.

Kidnapped and transported to an underground bunker, Bourne finds himself face-to-face with a well-known terrorist, a man who calls himself El Ghadan ('Tomorrow'). El Ghadan demands that Bourne carry out a special mission for him - one, that if completed, will have dire consequences for the entire world.

Would you listen to Robert Ludlum's the Bourne Ascendancy again? Why?

I would listen The Bourne Ascendancy again because it is a good listen and the Bourne series is great except that Jason Bourne would be in his seventies by now and too Damon old to do what he does.

Camilla because she was sexy as hell and was able to humiliate the sleaze bag President.

I did listen too it in one sitting.