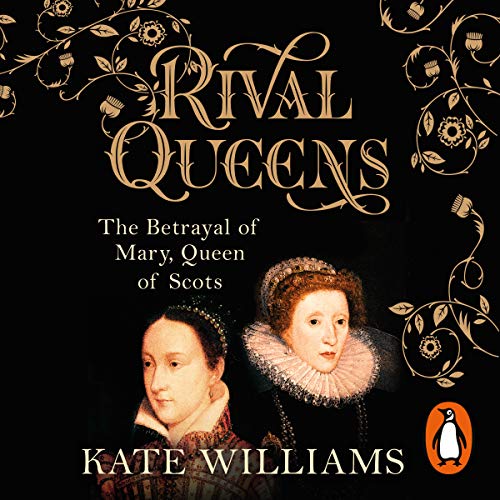 Elizabeth and Mary: cousins, rivals, queens. They loved each other, they hated each other - they could never escape one another.

Kate Williams’ thrilling new history tells the story of Elizabeth I of England and her betrayal of Mary, Queen of Scots. At the end of the Tudor era, here were two women on two thrones. But this was a man’s world, and many believed that no woman should govern. All around Elizabeth and Mary were sycophants, spies and detractors who wanted their power, their favour and their bodies. And so they became one another’s closest confidantes in the struggle to be both women and queens.

Alliances were few, but for many years theirs survived - until the forces rising against them, and the struggles of love and dynasty, drove them apart. It was a schism that would end in secret assassination plots, devastating betrayal and, eventually, the signing of Mary’s death warrant in Elizabeth’s hand.

Kate Williams’ Rivals Queens offers an electrifying new perspective on Elizabeth and Mary and the most important relationship of their lives - that which they had with one another.