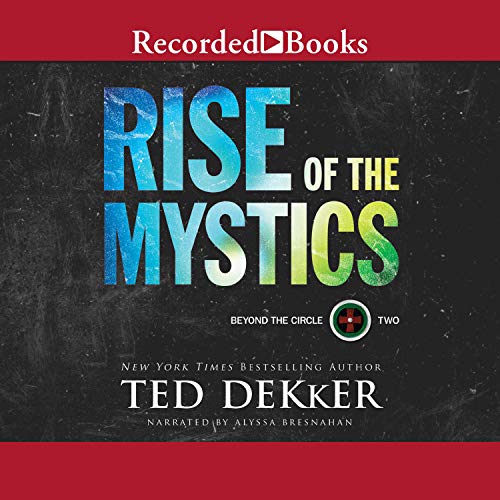 Rise of the Mystics

Rise of the Mystics

Some say the great mystery of how one can live in two worlds at once died with Thomas Hunter many years ago. Still others say the gateway to that greater reality was and is only the stuff of dreams.

They are all wrong. Rachelle Matthews, who grew up in the small town of Eden, Utah, discovered just how wrong when she dreamed and awoke in another world. There she learned she was the 49th Mystic, the prophesied one, tasked with finding five ancient seals before powerful enemies destroy her.

If Rachelle succeeds in her quest, peace will reign. If she fails, the world will forever be locked in darkness.

In The 49th Mystic, Rachelle found the first three of those five seals through great peril and mind-altering adventure. But two seals remain hidden, and the fate of both worlds hangs in their balance.

As Rachelle Matthews sits deep in a dungeon, Vlad Smith is just getting started. Thomas Hunter's world is about to be turned inside out. The mystics say there is no defense against the Fifth Seal - but finding it will cost Rachelle everything.

So begins the final volume of high stakes in one girl's quest to find an ancient path that will save humanity. The clock is ticking; the end rushes forward. Ready? Set? Dream.

At the end of The 49th Mystic, Rachelle has only 2 seals left to find and was well on her way. Her plight seemed simple, until you finish chapter 1 of Rise of the Mystics. Ted Dekker has a way for pulling the reader in and increasing the stakes. What we know from book one is just the tip of the iceberg. Anyone who wants to understand the teachings of Christ should read this book. Ted Dekker takes something that seems complicated and expresses in a story that opens the eyes and heart to a knew understanding. The Rise of the Mystics does that.

I love Ted Dekker books and I am having the hardest time getting through this one. I keep stopping and deciding to come back to it so I can get all the way through and it just drags. I find myself not paying attention to this for a time while listening and the same thing is still happening when I realize I haven't been paying attention. I keep wondering if something new is ever going to happen. I'm on chapter 27 and I just don't think I can bring myself to finish listening to it. I just cannot recommend this one.

Ted Dekker does it again!

I absolutely love this along with 49 mystic! Journey that went through while reading this book was so eye-opening and incredible. I have always love Ted Dekker’s writings; however, this has been my favorite book by far. This book really made me challenge my viewpoints and yet stay true to what I have always believed. Thank you Ted, for this journey an  experience!

I feel like a creature in conflict as I write this review — after all, a central theme in the story is letting go of judgment and surrendering to a love that holds no record of wrong... yet all reviews require judgment at some level, do they not?

There is so much here that I need to read again. Seldom in a work of fiction have I had to back up time and time again as I have here to let a concept or a conversation sit with me, sink in, and do its work in my soul.

This book is a delightful exegesis (in the shape of an allegory) about the kingdom of heaven, the immediacy and availability of it, our pursuit of it, and our relationship to its King.

People say “don’t blink or you’ll miss it!” I think Dekker has done a wonderful job of saying, “We were all born blind to it; Open your eyes and see!” Bravo.

A must read after the 4 books of the circle Trilogy and the 49th. While the story is gripping, the implications are mind blowing. Ted has masterfully captured Spiritual Intrigue and provokes MetaNoia.

About 1/2 way through the second book in this series, I got a chill as I realized what Dekker was up to. Very ambitious and well done. This two book series effectively and creatively expounded upon some of Christianity's most difficult concepts. It was fun, well written, suspenseful, and a great listen! I was impressed. #Clever #Mindbending #Inspiring #tagsgiving #sweepstakes

A Beautiful and Freedom-filled Love

Bravo to Alyssa. Believable voices and inflection, perfectly delivered. Ted's interpretation of the scriptures, and his ease of communicating his synthesis, are so joyful, hopeful, and loving, I have now listened to many of his books, as well as those whom he recommends and recommend him. I bounce with a new light and life.

Did Dekker write a new Bible?

Engaging, thought provoking, love. Spirituality, science, and morality beautifully orchestrated into a compelling hero's journey. The narrator helps paint a vivid movie in my mind while listening. I loved it and recommend it to everyone.

Dekker does not disappoint

Yet another majestic, thought provoking, intelligent, well written and well thought out book with a satisfying conclusion. The book takes you from the depths of despair to the heights of heaven. Ted Dekker is a genius and the kind of writer the world needs today.