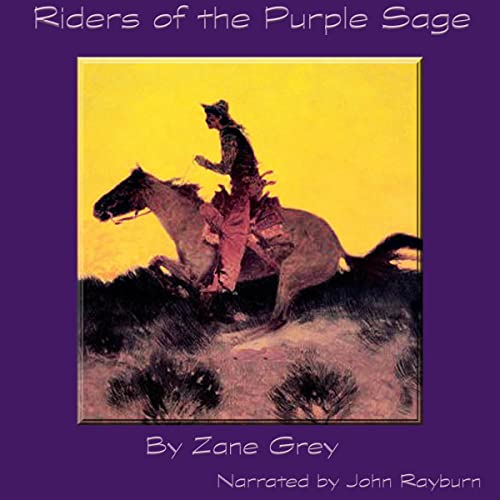 Riders of the Purple Sage

The story you’re about to hear took place primarily in what is Southern Utah and has been called the quintessential Western, meaning simply it is a top-notch example of quality. It is composed of an extensive list of ingredients: adventure, action, violence, crisis, suspense, conflict, sentimentalism, and sex - they are all there. This classic of the Western genre was the kind of story the public clamored for, and author Zane Grey had great skill in supplying the desire. Not at the beginning however. One of his early efforts was rejected in 1909, and an editor told him, “I do not see anything in this to convince me you can write either narrative or fiction.” That was shortsighted for the time being, and just three years later, Grey produced this story. It was his all-time best seller and led to his becoming a household name. By listening now you’ll find out why.