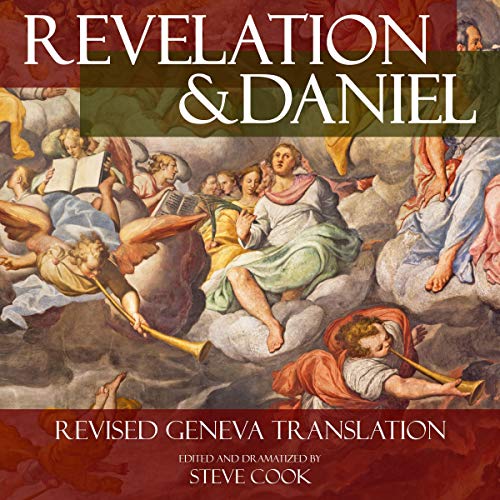 During these times, Bible prophecy has become more prominent. Nevertheless, books like Revelation and Daniel can be intimidating. But did you know that studies have shown for years that simply hearing and speaking back information, in addition to reading it, can significantly aid in retention and understanding? That's why we are offering this compilation of the two most popular books of the Bible when it comes to end times prophecy.

There is no human adornment whatsoever; no footnotes, and no commentary. We trust God at his word that he himself will lead us into all truth (John 16:13). The revised Geneva translation of the Holy Bible (audiobook performed by six-time number one Amazon best-selling narrator Steve Cook) is a faithful, 21st century update of the very first widely distributed Bible in English, the Geneva Bible of the 1500s.

It is one of only a handful of modern translations to be based on the same text the reformers used. As with all Scripture translated prior to the American Civil War, the Geneva Bible was specifically designed to be spoken and heard (because a large percentage of antebellum believers were illiterate). So, in other words, the RGT is the text of Luther, Tyndale, and Calvin, faithfully revised and updated to be heard and spoken by the modern believer. (Matthew 7:24, Luke 8:21) Draw closer to God today by His Spirit alone. (Exodus 20:25)