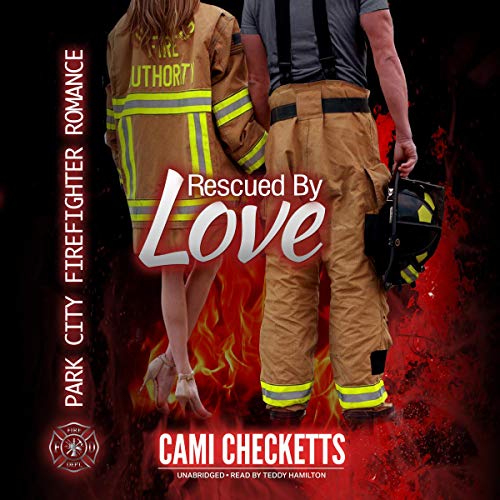 Captain Cameron Compton is content with his job as a firefighter and coaching a youth lacrosse team. He doesn’t need or want anything else in his life. Then a tall blonde schoolteacher parks her Jeep illegally in front of a fire hydrant, and one of his crew soaks it with water. Repentant but unintimidated, she fires back at him, and he’s pulled in by her spunk.

Sage Turner has wished her entire life that she could shrink to a normal-sized woman. She hides her insecurities pretty well, but when she falls for a hot firefighter, she’s certain she’ll never be good enough.

Stranded together at her cabin, sparks start to fly, and Sage barely suppresses the urge to kick him out in a snowstorm.

A fire and a moose attack should bring them together, but instead, they might sever any hope of being rescued from the flames or loneliness.

Research should have been done

The concept of the story isn’t bad, but I wish the author an actually done some research on the treatment of burns. I also wish there had been a warning that it was a come to Jesus faith based story.

starts out great, then the main character just turns into a witch. she takes offense at just about everything the guy says.

this is a very sweet story. for those who are looking for hot action is not in here..just a few kisses. good story tho

I’m always looking for a clean romance. This one was perfect!! Sorry was romantic and sweet. Highly recommend.

Characters are well-written and the story is interesting.

I can't say enough about how much I enjoyed this book. A good, clean romantic story, well-written characters and unexpected plot twists. Great read!

A fantastic story that tugged at my heart. Narration by Teddy Hamilton was fantastic as always.

Holy hotness and Smokes this book is absolutely fantastic and I loved the characters and story line .I am a big fan of Teddy's voice as he is a wonderful narrator. I can't wait to listen to the next book.

Life can leave us sensitive to things, Cam and Sage both have sensitive spots in their feelings. Reconciling pains in their past will be needed to go forward.
Lovely.

Sage has self esteem issues about her height and worth. Cameron is afraid to get close to anyone after the loss of his parents. A cute story. Great narration.