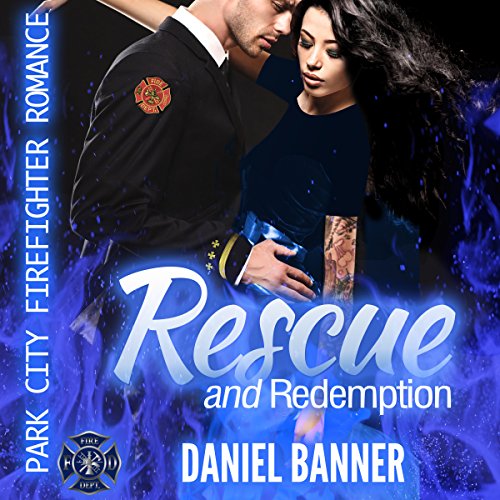 JFK, a firefighter for the Park City Fire Department, is tired of being razzed about his classy nickname. He's lost weight and even cut back on the swearing and drinking in an effort to fit the image. Still, he believes people never really change at heart. After all, under those muscles that can bench 250, he's still the same guy. When a striking beauty wanders into his kitchen with her two-year sobriety coin, he wonders if he's underestimated himself. A guy like him might just get a girl like her.

Mercy Jewell McGovern recently graduated from college and is in the process of getting her life back on track when she meets JFK. She's immediately attracted to the capable chef running his precision kitchen at a charity event. But on their first date, it's obvious he's used to hanging out with guys, not with a lady. That won't fly for Mercy. Despite her rowdy past, she knows she's worthy of someone who knows how to open a door for her and can sit down to Sunday dinner with her extended family, the Jewells, who could write books on manners.

Time after time, JFK comes to her rescue, but will she be the one to ultimately save him from settling for less than his best?

This book was so darn good. I laughed, moaned and groaned at certain parts. JFK and Mercy are such great characters each with their own ugly pasts. As a person with 19yrs of soberity Ioved the strong message of soberity that is threaded throughout this book. Both the author and the narrator have done an amazing job with this book. I highly recommend this book to others. I did receive this book for free in exchange for an honest review. I also review books for Audiobooks Unleashed.

DNF because I couldn't stand Mercy. Wow, what a judgmental snob. You'd think someone who just got their 2 year chip would be kinder and more understanding and not such a .....witch. Honestly I really couldn't stand her. Felt badly for JFK who clearly was raised by wolves. A little kindness on her end might have gone a long way. Self righteousness is quite off putting.

Have you ever let siri read your messages to you? That’s exactly how this book is narrated. Awful. It’s distracting from the story line

If you've been reading this series, JFK has made an appearance in the other stories. He finally got his own. He learned how to love himself and found love in the process.

This is my first book by Daniel Banner. I must admit the character JFK frustrated me at first. He was arrogant and seemed to push people away. As the story developed and you got to know him better you could see how a lot of it was an act. When mercy comes into the picture, she teaches him a lot about tact and manners... good for her by the way! This was a fun, sweet, clean read with happy ending.

I apologize if the narrator is a real person. I don't mind her inflection but I feel like I'm listening to a robot and its hurting the story. Not sure if I will finish it.

Started in the middle

I didn’t realize this was a series. But there are excellent series that I’ve started at book 3/9 and followed the story very easy. This one just wasn’t well written or well narrated. I didn’t like the character, JFK. I’m glad I got this one through Audible Escape I’m removing this immediately from my library.

Sweet, clean romance. JFK-hot, brash firefighter and gourmet chef...he enjoys ribbing his firefighter buddies and cooking for large crowds. Secretly, he’s a quiet guy looking for THE one....and he’s starting with changing himself and losing weight. Then he meets bad girl, and recovering alcoholic, Mercy. Can this pair help heal each other and have an HEA?

Something was off for me

I could not get into this story but that is just me. Timing is sometimes all it is, DNF but will try again later.