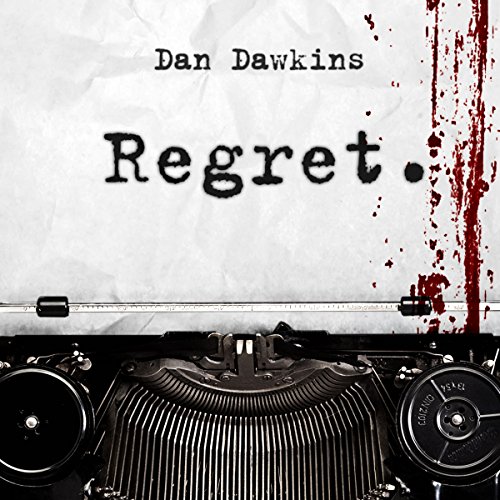 Dan blamed himself for his wife's untimely death...at first, that is. Dan, a newly published best-selling author, has just begun to taste the good life: money in the bank, house in a quiet neighborhood, beautiful wife. His monster of a fictional character - a wealthy, handsome, womanizing murderer - is the catalyst for Dan's good fortune, intriguing millions of fans. But when Dan sleeps with his agent on a business trip, and then confesses the whole thing to his wife in near tears, he sets off a chain of events that cause him to lose his wife and his grip on everything, including reality.

Fleeing his hometown in an attempt to outrun tormenting memories, Dan lands himself in a nearly forgotten small town in Oklahoma, taking up indefinite refuge in a Bed and Breakfast. While here, Dan's demons begin to prey on his mental instability, and the character that he's thrilled his readers with begins to come off the page and out into the flesh, sending shockwaves through the otherwise peaceful town, and giving Dan some interesting and horrific ideas on how to cope with his pain.

WARNING: This book contains graphic violence and extreme psychological deterioration. If those things aren't your cup of tea, stop here.

keeping to hear over and over

Good horror, running out of space for more but can't stop listening to Regret. Good horror that will keep you up all night and for hours.

Regret was mediocre.. not great but not bad either

Would you try another book from Dan Dawkins and Michael Robertson, Jr. and/or Paul Fleschner?

Would you recommend Regret to your friends? Why or why not?

Probably not because I tend to only recommend books that I find amazing.

The performance was average, better than some but not as great as others.

Was Regret worth the listening time?

Sure but I'm pretty easygoing with my time.

I tend to really enjoy psychological thrillers and believe that's why I still enjoyed this book a bit. This book is difficult to rate because it wasn't really bad or good. It had it's interesting moments as you followed the main characters descent into madness.