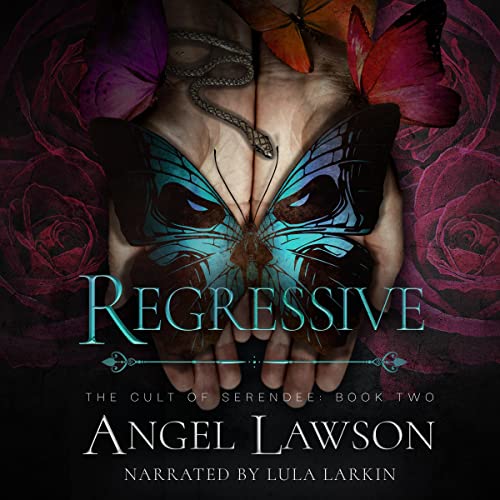 Darkness lurks behind the lush utopia of Serendee.

Imogene had no idea what to expect when she was ordered into an arranged marriage with Rex, son of the leader of Serendee.

She certainly didn't know her bethrothed hated his father and everything about their community, including her. She did what she had to to follow the rules of Serendee, the will of her leader, and to gain the approval of her future mate.

She was trained, broken and revealed by Rex's best friends, all for the greater good, but now she teeters on the edge of being Regressive. Just like her mother.

Can she have it all—her mate, the men that exposed her to more than life at the cult, and the approval of her leader?

Not without losing a part of herself in the process.

Regressive is book two in the Cult of Serendee by best selling author Angel Lawson.

it was good once got going

slow start but got good once in the story. would listen to next one. took me a minute to to figure everything & everyone out.