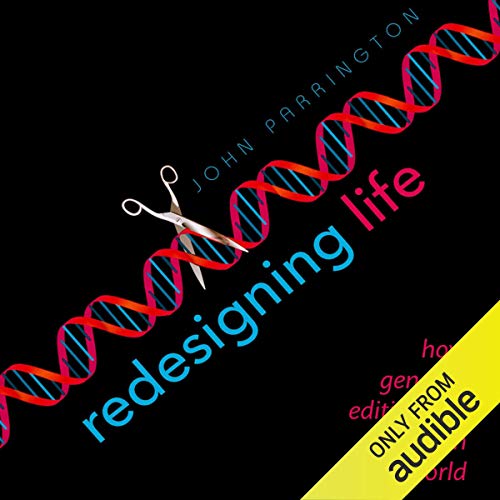 Since the birth of civilization, human beings have manipulated other life-forms. We have selectively bred plants and animals for thousands of years to maximize agricultural production and cater to our tastes in pets. The observation of the creation of artificial animal and plant variants was a key stimulant for Charles Darwin's theory of evolution. The ability to directly engineer the genomes of organisms first became possible in the 1970s, when the gene for human insulin was introduced into bacteria to produce this protein for diabetics. At the same time, mice were modified to produce human growth hormone, and grew huge as a result. But these were only our first tottering steps into the possibilities of genetic engineering.

In the past few years, the pace of progress has accelerated enormously. We can now cut and paste genes using molecular scissors with astonishing ease, and the new technology of genome editing can be applied to practically any species of plants or animals. 'Mutation chain reaction' can be used to alter the genes of a population of pests, such as flies; as the modified creatures breed, the mutation is spread through the population, so that within a few generations the organism is almost completely altered. At the same time, scientists are also beginning to synthesize new organisms from scratch.

These new technologies hold much promise for improving lives. Genome editing has already been used clinically to treat AIDS patients, by genetically modifying their white blood cells to be resistant to HIV. In agriculture, genome editing could be used to engineer species with increased food output, and the ability to thrive in challenging climates. New bacterial forms may be used to generate energy. But these powerful new techniques also raise important ethical dilemmas and potential dangers, pressing issues that are already upon us given the speed of scientific developments. To what extent should parents be able to manipulate the genetics of their offspring - and would designer babies be limited to the rich? Can we effectively weigh up the risks from introducing synthetic lifeforms into complex ecosystems? John Parrington explains the nature and possibilities of these new scientific developments, which could usher in a brave, new world. We must rapidly come to understand its implications if we are to direct its huge potential to the good of humanity and the planet.

The incredible made credible

The science of tinkering with life. A fascinating book about how it all begins. The changing of life's DNA code, and how it could change our life.

Probably because it's an update on a subject that's in the cutting edge, but this book more than any other explains how we have already started not only decoding life, but adjusting it and making our own code to suite our needs. All this without real understanding.

If Pandora's Box ever applied this type of science was made for it. The box has been opened and there's only going forward. From GMOs to DNA and the Genes that make us and every animal and plant, we are making changes that will have long lasting impact as has never been seen in history.

The benefits are obviously phenomenal, so research and development is moving faster than anyone can understand. Helping the sick, replacing organs, fighting disease, combating global climate, re-creating nature in the way that we want. What can be so wrong about that?

Well no one will no what can go wrong until it does, and it will be too late to roll back the clock when that happens. If there was ever a time to unknow something, this type of science would be it. But that cannot happen. It's getting cheaper and the results are drastic. Anyone can start redesigning the code of life, but the dangers are too high even if the chances are low.

An eye opener into the future of deigning genes. Fascinating and terrifying.