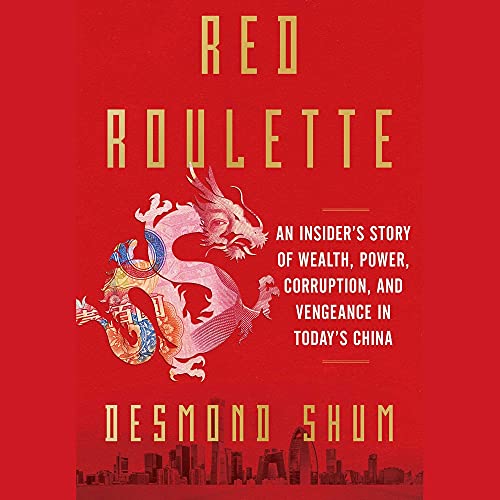 In the headline-making - and best-selling - tradition of William Browder’s Red Notice comes a riveting memoir from a man who rose within the ranks of China’s ultra-rich only to see his business partner-wife mysteriously disappeared.

After the Communist Revolution, Desmond Shum’s grandfather, a lawyer, had one chance to leave China - and instead chose to stay. The government shut down his law firm and seized his house. Officials marked his family as belonging to a “black category” that included former landlords and rich peasants - meaning the Shums would be stigmatized and impoverished. As Desmond was growing up, he vowed his life would be different.

Through hard work and sheer tenacity Shum went to college in America and returned to China to make his name in business. There, he met his future wife, the highly intelligent and equally ambitious Whitney Duan. Whitney and Desmond formed an effective team and, powered by a set of relationships they formed with top members of the Red Aristocracy, vaulted into China’s billionaire class. Soon they were developing the massive air cargo facility at Beijing International Airport, and they followed that feat by developing one of Beijing’s premier hotels. They were dazzlingly successful, traveling in private jets, funding multi-million-dollar buildings and endowments, and purchasing expensive homes, vehicles, and artwork.

But in 2017, their fates diverged irrevocably when Desmond, while residing overseas with his son, learned that his now ex-wife Whitney had been disappeared - consigned to some unknown fate - along with three coworkers.

In Red Roulette Desmond Shum pulls back the curtain on China’s ruling elite and tells the story of a remarkable woman who rose to prominence in a strongly patriarchal society. Written from a desire to reveal the real truth of what is happening inside China’s wealth-making machine, this eye-opening tale features a memorable cast of real-life characters.