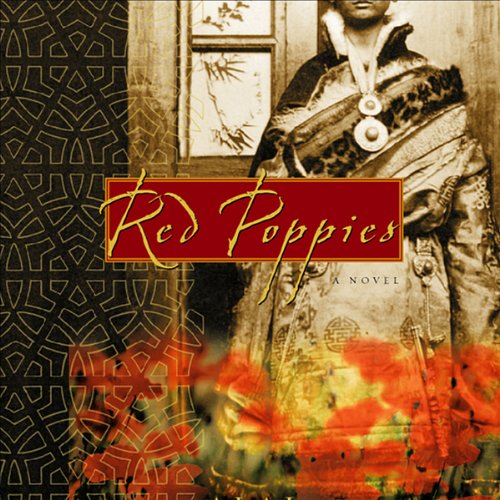 Red Poppies is the story of the wealthy Maiqi family: its powerful chieftain, his Han Chinese wife, his first son and heir, and his second, "idiot" son, the novel's narrator and unlikely hero. The time is the 1930s, the setting a stone fortress overlooking all that the family rules on the arid plains of inner Tibet, with its scattered populace of peasant farmers, merchants, and comical local lamas. A feud breaks out with a neighboring chieftain; an emissary of the Chinese Nationalists comes to the Maiqi's aid with the tools of modern warfare. In exchange, fields of poppies, valuable in the Nationalist-backed heroin trade, are to be planted instead of grain in a deal that enriches the Maiqi's lavish lifestyle and earns them dangerous enmity.

Ambitious, sensuous, filled with intriguing characters, panoramic settings, and high drama, Red Poppies opens a window on pre-occupation Tibet, dispelling many of the popular myths of a pacifistic society peopled by devout worshipers.

"It succeeds marvelously as a wacky and immensely enjoyable portrait of a thoroughly unusual figure." (Publishers Weekly)
"Shrewdly satiric and wonderfully entertaining." (Booklist)

The story itself is pretty good.
The reading is terrible.
It's hard to understand how such poor reading got through production. It's a shame; so much is lost in the poor telling.

Nicely narrated story with lovely music...good story but somewhat meandering and pointless at times with storylines dropping without resolution or meaning. The use of the word idiot seemed to appear every three lines or so and it was a litle annoying at times. the arrogant characters were distasteful, but fdid it in with the story, so as much as I didnt like the people they rounded out and added color to tale.