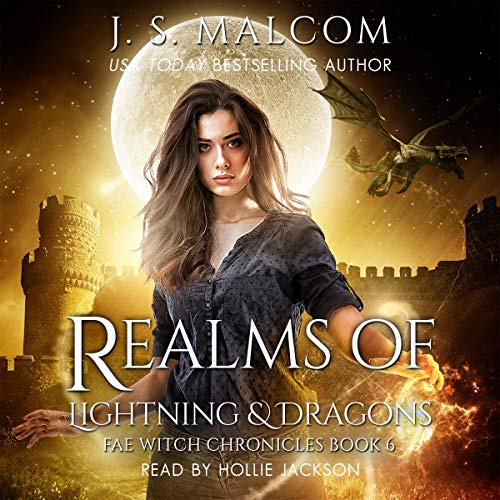 According to prophecies, I’m the veil witch meant to save Faerie. The problem being, nowhere in those prophecies was it mentioned that I could pull it off twice.

They say desperate times call for desperate measures, but I doubt they meant anything as risky as what I have planned. But things have gone from bad to worse to downright abysmal. Bethany and the other witches remain captured, and all signs point to them running out of time.

Meanwhile, everyone’s favorite high mage is on the loose and working with his new high demon sidekick. Their objective? That’s the problem. I’m still not quite sure. Although, it’s a safe bet that part of their plan involves subjugation of the human race. Since their trained pet, Silas, is the only teammate holding the keys to the veil, I figure I should target him first.

The challenge is that he’s only been seen hanging out with a power-hungry vampire. As you can see, it’s a real poop storm. That’s where my little plan comes in. Namely, hopping into a vampire body and infiltrating the vampire community to do a little recon. What could possibly go wrong?

Well, it turns out I’m sort of the Typhoid Mary of supernatural bad news. Just when I thought things were bad in my realm, I find out they don’t hold a candle to what’s happening in Faerie. Yes, the demonic trio has been performing evil pet tricks there, too.

When facing a hydra, dealing with one head won’t do the trick. You have to chop off all three. Which is exactly why armies are amassing in Faerie to march toward Vintain’s new lair. Stop the presses, because it looks like Vintain now has an army of his own, comprised partly of fae creatures long thought to be extinct.

An epic battle is in the making, to be fought with magic, for magic, on a magical battlefield. But at the end of the day, it may still come down to me. It’s entirely possible that I may be the only one possessing the power to stop Vintain from taking back Faerie and handing the human realm over to the demons. In that case, if I go down, a whole lot of people go down with me. No pressure or anything.