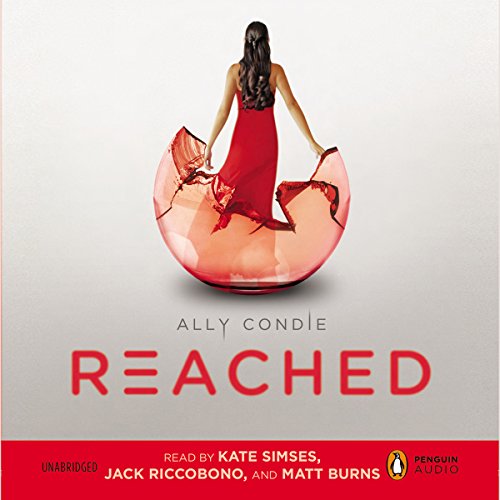 After leaving Society and desperately searching for the Rising - and each other - Cassia and Ky have found what they were looking for, but at the cost of losing each other yet again: Cassia has been assigned to work for the Rising from within Society, while Ky has been stationed outside its borders. But nothing is as predicted, and all too soon the veil lifts and things shift once again.

In this gripping conclusion to the number-one New York Times-best-selling Matched Trilogy, Cassia will reconcile the difficulties of challenging a life too confining, seeking a freedom she never dreamed possible, and honoring a love she cannot live without.

What Happened to the Series?

While I enjoyed the first two books in this trilogy, I was disappointed in the conclusion. The plot about going still and finding the cure had potential. But Condie made it more of a subplot. The book was more about Zander's and Ky's love for Cassia. While it appeared that Zander experienced some growth throughout the series, Cassia remained nearly stagnant in that arena and Ky was a lovesick puppy all the way through. His whining was detestable and I couldn't stand listening to him. If I hadn't been driving when I listened to the book, I would have skipped all of his chapters. His contribution to the plot was nonexistent. The book could have carried on perfectly fine without him. I don't know how Cassia, portrayed as very intelligent, could have fallen for such a person. The "match" makes no sense.

Although I realize the book is dystopian in nature, and teens would mature a little faster, I think they sounded a little too old for their ages. The last 25% of the book was moralizing on the part of Cassia. It was as if Condie was reaching herself for a way to wind it up. Perhaps the entire tale would have been better as a two-book series.

I know readers who read the first two novels will feel compelled to buy the last one, but if you can stop yourselves from doing so, you'll save a valuable credit.

What would have made Reached better?

What wouldn't? Some action maybe. For better parts of the book nothing happens at all. I was just waiting for something to happen, but no. The outcome was as predicted as well, no news there. She chose the one I knew she'd choose, and all was well in the world. I can't believe that a trilogy with such a promising start had such an incredibly boring ending. The entire book lacks inspiration.

Would you ever listen to anything by Ally Condie again?

Hmm.. maybe? I loved the first book in this trilogy, so why not?

All the narrators read in monotone voices, so that the already boring story got even more boring and tedious.

A bit of a disappointment...

I loved Matched and Crossed (the first two books in this trilogy). I couldn't wait for Reached to be published. Once I was able to listen to it, I felt let down. The story seems to drag on while we wait for the inevitable conclusion that happens at the very end. The narrators were wonderful though! I enjoyed their performances.

What disappointed you about Reached?

It was very drawn out and quite boring. I really don't like how they threw in a relationship for Zander at the end. I had a very hard time getting through this book. It was nothing like the first one. I still would like to know who the "enemy" is.

What could Ally Condie have done to make this a more enjoyable book for you?

Kept the story similar to the first book. This one had many sections that were way too convient and hard to believe. There were also questions that went unanswered. Overall, I am very disappointed.

The girl did great but Kye(not sure of the spelling) was pretty awful. By the end his voice was very irritating.

What character would you cut from Reached?

Zander's new girl. I believe her name is Layla. It felt like she was just added in at the end so everyone could have a happy ending.

This book manages to be drawn out and rushed at the same time. I can't even explain how that is possible.

Disappointed ..most likely will return this book

What would have made Reached better?

As I listened to this book , I experienced waves of nausea every time love for Cassia was mentioned (every 5 minutes). The book was very predictable and annoying. Thanks God for return program.

too long of a book

Would you try another book from Ally Condie and/or Jack Riccobono?

Yes, I would like to read more of this author.

If you could sum up Reached in three words, what would they be?

What was one of the most memorable moments of Reached?

The Ending for Xander....he deserved it...and his part was played perfectly...

Jack was OK...I do like Ky, but it was played with such angst, and was a little annoying at times.... But he ended on a good note, so it was still decent,,,

The beginning of this book was sooooo slow! But it picked up in the middle, and the end was just WOW! I cried, it was beautiful and wrapped things up decently...I do think there is room for #4!

Where does Reached rank among all the audiobooks you’ve listened to so far?

One of the best.

To many to write about. I loved this love story.

After three books I was sad to leave them.