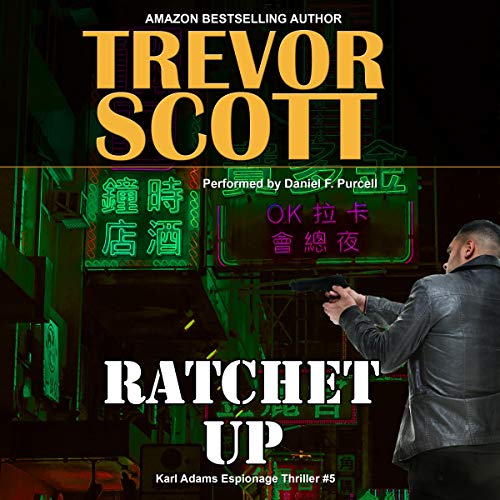 CIA Officer Karl Adams continues up the ranks in the Russian SVR as Nikolai "Niko" Ivanov. When the director of the SVR calls him into his office, Karl wonders if they have discovered his secret. Instead, the director tasks Niko to travel to Hong Kong to investigate the death of two SVR officers. Additionally, he must continue their mission to recruit a high-level engineer to defect with top-secret information.

When Karl’s CIA contact discovers his Hong Kong mission, he demands loyalty to the agency, along with information America can use in the war in space. Now Karl must struggle with his allegiance to his country against his rising position within the Russian SVR. The action ratchets up as Karl battles his inner demons while staying alive against the brutal forces of the Chinese officers of the Ministry of State Security.