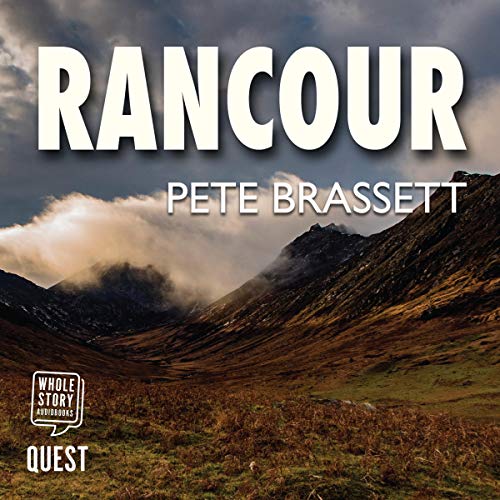 The conditions were terrible for a hike up Goat Fell, so why did a group of schoolgirls attempt it? One of the girls presses on when the others turn back; inappropriately dressed and unprepared, she meets her death.

After mountain rescue retrieves the body, various questions start to be raised. Inconsistencies in her companions’ accounts of events are exposed, and it turns out the victim may have been drugged.

The police investigation begins to centre on a suave, enigmatic Italian man who has made his home on the mainland. Having conquered more than a few hearts, his past record troubles Detective Charlie West.

When the body of another young woman is found, police move quickly. But have they got the right guy?

As much as I enjoy hearing a Scots burr as I'm listening to a mystery...this one over did it. The mystery is interesting enough, the thousands of
Scots language idioms and colloquialisms goes over the top. This book is for the confirmed British Isles detective listener and oddball
detective plot.