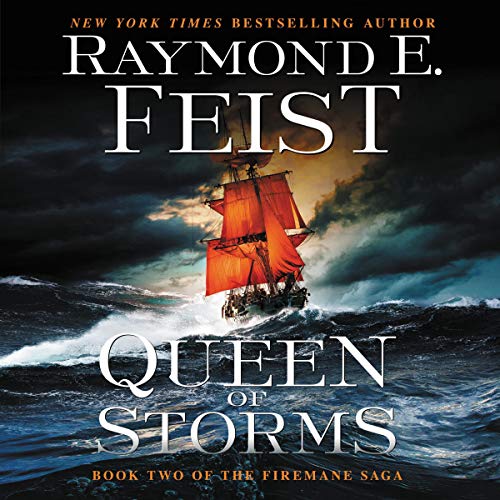 Hatushaly and his young wife Hava have arrived in the prosperous trading town of Beran’s Hill to restore and reopen the fire-damaged Inn of the Three Stars. They are also preparing for the popular midsummer festival, where their friends Declan and Gwen will be wed.

But Hatu and Hava are not the ordinary loving couple they appear to be. They are assassins from the mysterious island of Coaltachin, home to the powerful and lethal Nocusara, the fearsome “Hidden Warriors.” Posing as innkeepers, they are awaiting instructions from their masters in the Kingdom of Night.

Hatu conceals an even more dangerous secret. He is the last remaining member of the legendary Firemanes, the ruling family of Ithrace. Known as the Kingdom of Flames, Ithrace was one of the five greatest realms of Tembria, ruled by Hatu’s father, Stervern Langene, until he and his people were betrayed. His heir, Hatu - then a baby - was hidden among the Nocusara, who raised him to become a deadly spy.

Hatu works hard to hide his true identity from all who would seek to use or to destroy him, as fate has other plans for the noble warrior. Unexpected calamity forces him to make choices he could not have dreamed awaited him.

A series of horrific events shatters the peace of Beran’s Hill, bringing death and devastation and unleashing monstrous forces. Once more, the Greater Realms of Tembria are threatened - and nothing will ever be the same again.

I tried!! I really Tried.

I tried to like this story. The first book was definitely worth a credit for the second. This book disappointed. It just seemed like ripples and not waves.

I love Feist. Read it all several times.
Firemane saga started bumpy but the second installment is tedious.
The life of boring people interspersed with subpar action.
A good narrator can save a mediocre book. Here Thorpe makes the convoluted
storyline even harder to understand. Loved the attention to detail in all Feist books.
Here even the names are confusing. Main characters are "assassins"? Coaltachins powerfull
and deadly Nocusara? More like witless teenagers bumbling about being totally overwhelmed
by their feelings. Just stating superlatives over and over doesn't make it any more believable.
Sigh.

Only issue I have is that it was too short. Hopefully it won’t be long until the third book of the saga is released.

I don't know who really wrote this book

The narration is bad, which also hurt a shakey story. The author should do more to ensure storylines move the story forward, and that characters and events behave more believably.

As always, I enjoyed Feist's new book, but I was a little puzzled by the ending. The epilogue seemed to resolve a major plot line in a short, terse manner. Like he ran out of interest with the book and just wanted to be done.

Otherwise it was fun, exciting and had some good surprises and I enjoyed the characters.

Feist at his best

This is Feist at his best. I thought his early writing and stories were great(and they are and will always hold a special place in my heart) but his writing has matured so much and he has really perfected his craft. Great writing. Great story. Looking forward to your next book.

Pretty solid book overall but the narrator needs to chill. He tries too hard to act out the scenes and make the voices distinct. The problem being that he cannot do distinct voices except by making 95% of them incredibly annoying to listen to. Distracts way too much from the novel.

Raymond E Feist writes another great book!...No suprise. I love this new story cant wait to read the next one.

This book had so many twists and turns. I was on the edge of my seat!! I absolutely loved it. I love it more than the first book. Can’t wait until the next part of the saga.