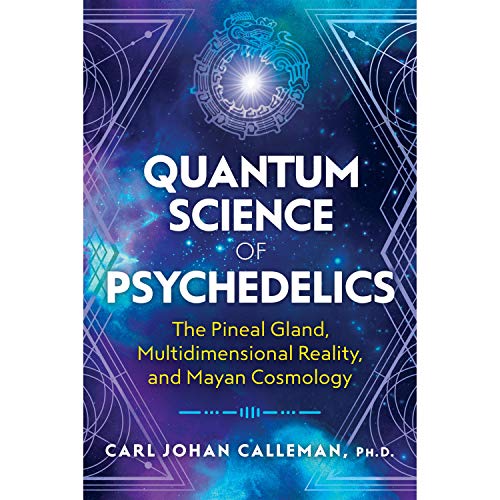 A groundbreaking exploration of how psychedelics and quantum science are vital to understanding the evolution of consciousness and reality.

In this groundbreaking audiobook, Carl Johan Calleman reveals the quantum science of the Maya, a science lost to the modern world that explains the phenomenology of psychedelics and altered states of consciousness. The ancient Maya had a sophisticated understanding of the multidimensional nature of reality and the forces that drive the evolution of consciousness. Calleman explains how quantum waves, illustrated by the Mayan Calendar, emanate from the center of the universe and activate new phases in the evolution of consciousness through holographic resonance, which alters the dualities of the human mind. For example, the Fifth Wave, which dominated in Paleolithic times and evolved human consciousness above that of animals, brought a chaotic floating state reminiscent of the psychedelic or shamanic state, and the recent Eighth Wave brought the digital revolution. The Ninth Wave, which began in 2011, offers the potential for individual development of higher consciousness and healing if we can synchronize ourselves with its positive holograms.

This multidimensional perspective explains why altered states of consciousness exist and how they work. Calleman describes the role of the pineal gland for the human mind, how it controls our state of consciousness and how it can connect us to the cosmic Tree of Life. He shows that the mind is a “reducing valve” that normally limits our experience of cosmic consciousness but that this can be reversed through altered states. As Calleman concludes, psychedelics like ayahuasca and DMT not only give rise to extraordinary mystical and cosmic experiences and enable access to healing states, but they also are important for harmoniously synchronizing humanity with the Ninth Wave to further the evolution of consciousness.

Not at all what the cover says.

The book tells you it will get to the subject at hand in the later chapters but it rambles on about things I have no interest or belief in.