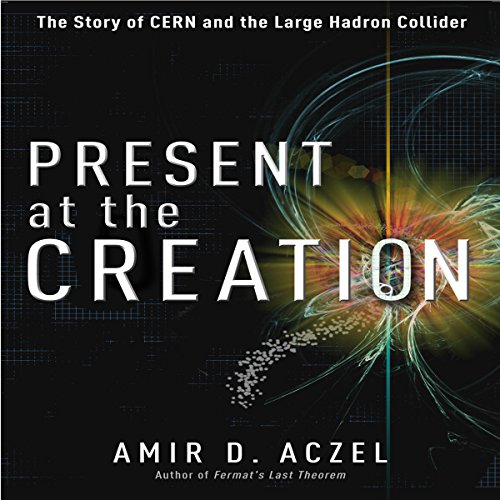 Present at the Creation

Present at the Creation

The Large Hadron Collider is the biggest, and by far the most powerful, machine ever built. A project of CERN, the European Organization for Nuclear Research, its audacious purpose is to re-create, in a 16.5-mile-long circular tunnel under the French-Swiss countryside, the immensely hot and dense conditions that existed some 13.7 billion years ago within the first trillionth of a second after the fiery birth of our universe.

The collider is now crashing protons at record energy levels never created by scientists before, and it will reach even higher levels by 2013. Its superconducting magnets guide two beams of protons in opposite directions around the track. After accelerating the beams to 99.9999991 percent of the speed of light, it collides the protons head-on, annihilating them in a flash of energy sufficient to coalesce into a shower of particles and phenomena that have not existed since the first moments of creation. Within the LHC’s detectors, scientists hope to see empirical confirmation of key theories in physics and cosmology.

In telling the story of what is perhaps the most anticipated experiment in the history of science, Amir D. Aczel takes us inside the control rooms at CERN at key moments when an international team of top researchers begins to discover whether this multibillion-euro investment will fulfill its spectacular promise. Through the eyes and words of the men and women who conceived and built CERN and the LHC, Aczel enriches all of us with a firm grounding in the scientific concepts we will need to appreciate the discoveries that will almost certainly spring forth when the full power of this great machine is finally unleashed.

With Present at the Creation, we can all follow the progress of an experiment that promises to greatly satisfy the curiosity of anyone who ever concurred with Einstein when he said, “I want to know God’s thoughts - the rest is details.”

"A fascinating discussion of research at the cutting-edge of physics." (Arthur I. Miller, author of Deciphering the Cosmic Number)

This information in this book includes an overview of modern physics, the history of CERN and the Large Hadron Collider, and specifics of some of the physics problems being studied at CERN. It reads like a compilation of essays written for different publications, so there is some repetition. Some essays are harder to follow and more information-dense than others. All of them are well written.

I'm a lay person, and this is the first book I've read on some of the concepts of modern physics. I learned a lot. But the narrator, Byron Wagner, read too fast for me to follow the more technical chapters.

Present at the creation is a highly accessible introduction to particle physics, quantum mechanics and the history of CERN. Very enjoyable, with enough physics background to explain latest research without getting lost in technical detail.