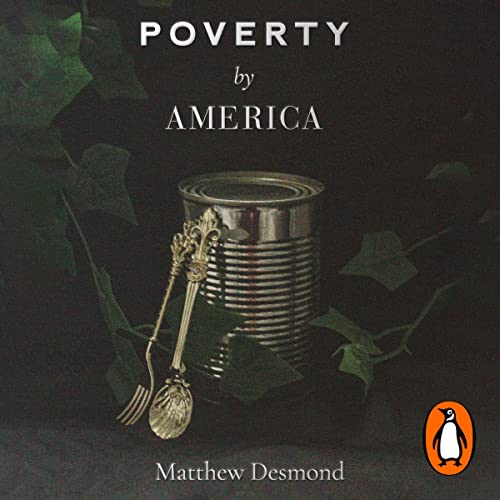 The United States is the richest country on earth, yet has more poverty than any other advanced democracy. One in seven Americans live below the poverty line, a line which hasn't shifted over the last fifty years, despite the efforts of successive governments and extensive relief programs. Why is there so much scarcity in this land of dollars?

In Poverty, by America, acclaimed sociologist Matthew Desmond examines the nature of American poverty today and the stories we tell ourselves about it. Spanning racism, social isolation, mass incarceration, the housing crisis, domestic violence, crack and opioid epidemics, welfare cuts and more, Desmond argues that poverty does not result from a lack of resources or good policy ideas. We already know how to eliminate it. The hard part is getting more of us to care.

To do so, we need a new story. As things stand, liberals explain poverty through insurmountable structural issues, whereas conservatives highlight personal failings and poor life choices. Both analyses abdicate responsibility, and ignore the reality that the advantages of the rich only come at the expense of the poor. It is time better-paid citizens put themselves back in the narrative, recognizing that the depth and expanse of poverty in any nation reflects our failure to look out for one another. Poverty must ultimately be met by community: all this suffering and want is our doing, and we can undo it.