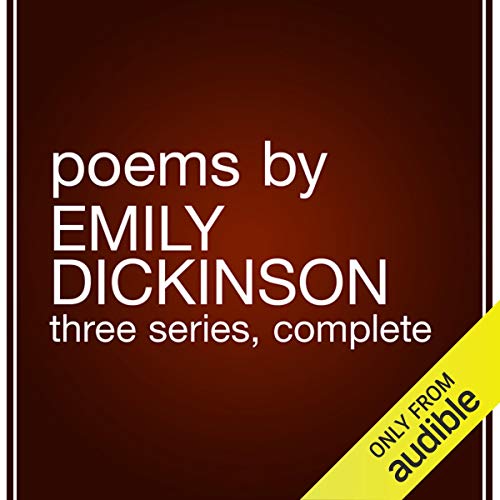 Introverted and reclusive, American poet Emily Dickinson lived almost her entire life in seclusion away from everyone other than her family. Her poetry, which was published four years after her death, often expressed her loneliness, along with her thoughts and feelings on themes such as death and immortality. Narrator Marianne Fraulo performs Dickinson's poems with a kind of restrained passion allowing the poem's interior moods - from the melancholy to the arch and self-deprecating - to come through to the listener. Fraulo also expresses Dickinson's idiosyncratic punctuation with thoughtful playfulness as she pauses and dances through stanzas.

The notoriously reclusive New England poet broke all the rules of Victorian-era poetry to create a new, uniquely American style. Despite the fact that the majority of the poems recited here were never published in her lifetime, Dickinson remains one of the most influential voices in American literature.

I never realized how common it was for Emily to use certain words. Some of her favorite references and themes are repeated but always in a different way. I love her work and will be listening to this over and over, I am sure.

Good reading of a gifted poet

I haven't spent time with Emily Dickinson for many years and bought this on a whim. The narrator is good with a pleasant voice that is appropriate for a poetry reading. One might like to keep a book of her poems handy so that you can spend some times with those poems that strike you as special.

One of my favorite poets growing up. A Comprehensive collection with great narration. Divided helpfully into categories: Nature, Death, Love etc. .