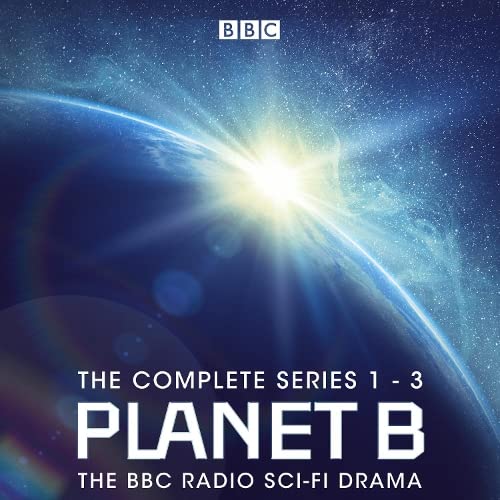 Planet B: The Complete Series 1-3

‘Planet B’ is a virtual world with the slogan 'where you can be whatever you want to be.' Users can download themselves into it and play as a life-size avatars in a 3-D world.

When Lioba Fielding dies in the real world, her boyfriend John Armstrong downloads himself into Planet B in an attempt to find her avatar. As he travels between various worlds he becomes entangled in an array of strange scenarios, teleporting from each adventure to the next with his companion Medley, a 'rogue avatar' who has no human controller. All the while, John and Medley are being watched by a dog-like antivirus programme called Cerberus who, along with the Planet B Corporation, considers the rogues to be a computer virus that need to be wiped out.

But John soon begins to believe that Lioba may still be alive somewhere in Planet B and that the games he is playing may be more real and deadly than he first thought.

"Matthew Broughton's tale of a malfunctioning virtual world is engrossing." (The Stage)

worse dramalitzation ever in my opinion

wish I could get my credit back for this one. in my opinion this is the worse.