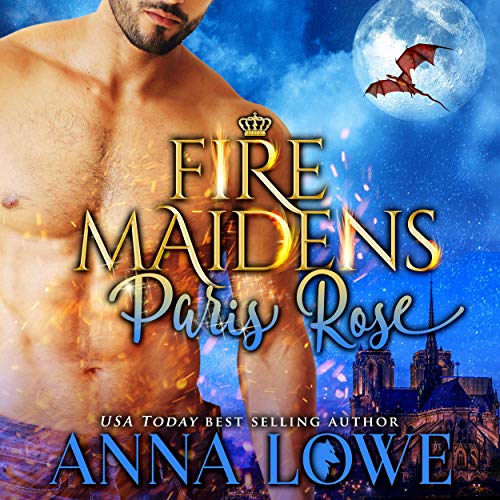 It's 1953, and Clara Lambert is a simple country girl determined to start a new life in Paris. So far, so good. She’s found a great job and a great man. But all is not as rosy as it seems in the City of Lights, where warring shifter forces conspire to seize power - gargoyles, wolves, vampires, and even dragons. Not that Clara has a clue, until one fateful night...

Danger lurks over Europe, where a ruthless dragon clan plots to seize power in the grandest, most glamorous cities. The guardians of old have summoned a new generation of shifter heroes to protect the castles, cathedrals, and cobblestoned streets of their ancestral homes and to seek out the last of the Fire Maidens - women coveted by the dark lords for their royal blood. Those women are absolutely off-limits to the young warriors tasked with protecting them. But destiny, of course, has other ideas.

A series of sizzling paranormal romances with adult content. Each story is a pause-resister packed with action, emotion, and romance! No cliff-hangers. If you like smoldering hot shapeshifters, military heroes, and royal intrigue, you'll love these books. Join these strong heroines and their alpha heroes in atmospheric locales filled with danger and suspense!