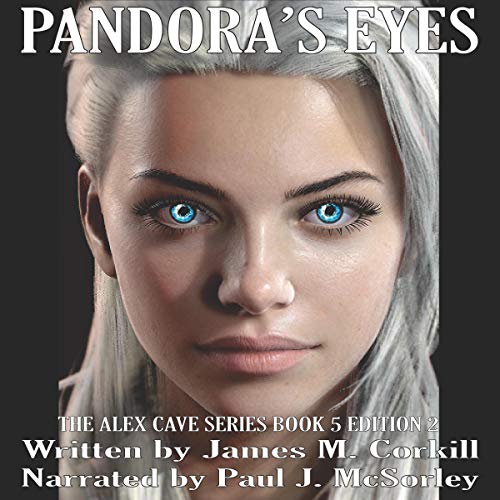 The color of your eyes will determine if you live or die!

Geologist Alex Cave discovered four alien artifacts that seemed designed to destroy all life on our planet. He thought they were locked up at a top-secret facility, but two of the devices have gone missing, and one of them is in orbit over our planet.

John Essex had good intentions when he modified one of the stolen artifacts to collect and recycle the orbiting space debris. When he turns it on, the signal is detected from deep inside the earth by a powerful artificial intelligence who wakes one of its women, named Pandora, and takes control of her mind and body.

She claims ownership of our world for its genetically superior race of humans who have been in stasis for millions of years. She demands we voluntarily kill everyone on our planet with brown eyes or she will destroy our entire race to keep us from contaminating her people.

When world representatives refuse her demands, Alex is unknowingly infected with an alien virus that only kills people with brown eyes and is rapidly spreading across the planet. Alex makes a desperate attempt to convince the beautiful Pandora to help save his race from annihilation, but she is still under the control of the artificial intelligence and refuses to help.

How does Alex find a way out of this no-win situation? Find out by grabbing your copy today!

Each book has been better than the last

I had forgotten how much fun the Alex Cave stories are, an amalgam of time travel, science fiction, and speculation about man's overarching greed versus the natural balance of the planet. Massive weather disruptions also figure large. This is the fifth in the series and builds on the events of the previous four novels, but though they enrich the context and background, this tale stands quite nicely on its own. Excellent narration by Paul McSorley made listening a pleasure.

The Alex Cave adventures continue when an ancient alien spacecraft is thrust up from the ocean depths. Alex and Ohana are called upon to research the event. I enjoyed the flow of the action, the mysteries revealed a little at a time. Between that and the political fallout of this information leaking to the world at large, Alex and crew have their work cut out for them! Who would expect the Artificial Intelligence running the spacecraft to be such a challenge! These books just keep getting better and better. I hope James M. Corkill and his muse stay busy pumping more of these award-winning books out for the reader's enjoyment!The ability to listen to this as an audio-book makes the story just that much better.

Okay let me say this first, Pandora reminds me of a modern day computer. A mind of its own. Very scary! Other than that this was a great book. I couldn’t put it down. Can’t wait for the next one.