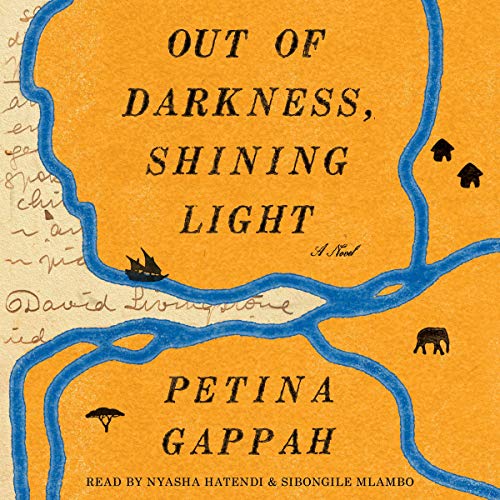 Out of Darkness, Shining Light

Out of Darkness, Shining Light

A powerful, moving, and revelatory novel set in 19th-century Africa - the captivating story of the loyal men and women who carried the body of explorer and missionary David Livingstone from Zambia to Zanzibar so his remains could be returned home to England.

Dawn, May 1, 1873, on the outskirts of Chitambo’s village, near Lake Bangweulu in modern-day Zambia. The Scottish explorer and missionary David Livingstone has died. He had been heading south in the African interior on an increasingly maniacal mission to penetrate the greatest secret of Victorian exploration. He wanted to find the source of the world’s longest river, the Nile. Instead, on an isolated and swampy floodplain, Dr. Livingstone found his death.

How Livingstone is to be buried will be decided by his African companions, a group of 69 men, women, and children. They decide that come what may, Livingstone, his papers, and his maps must all be carried to England. They bury his heart and other organs under a tree and dry his flesh like jerky in the sun. Over nine months, battling severe illness and hunger, hostile chiefs and unknown terrain, all while taking a tortuous route of more than 1,000 miles to the coast to avoid marauding slave traders, they march with Livingstone’s body and the evidence of his explorations.

Their journey has been called “the most extraordinary story in African exploration”. In this novel, their story is retold anew in the distinct, indelible voices of Livingstone’s sharp-tongued female cook, Halima; a repressed, formerly enslaved African missionary named Jacob Wainwright; and the collective voice of the retainers. The result is a profound and tragic journey - an epic like no other - that encompasses all of the hypocrisy of slavery and colonization while celebrating resilience, loyalty, and love. In Out of Darkness, Shining Light, Petina Gappah has created an ambitious and artful masterpiece.

I loved that it was written from the perspective of the persons who were there. For it gave a picture of the environment and its mixture of culture and greed, poverty, personalities and the feelings and frustrations of that everyday life. it was purely real and I could see it and feel it and identify with it.

When does it start

I'm stuck about an hour or two in. I keep wanting the adventure to start and instead we're on character development and back story. It got good reviews and it's probably powerful literature, I just can't seem to get into it.