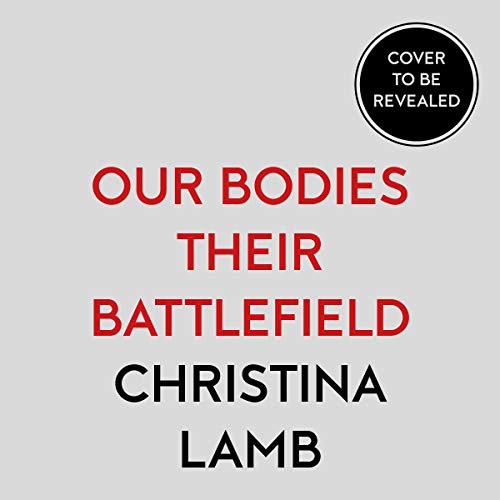 Our Bodies, Their Battlefield: A Woman's View of War

Our Bodies, Their Battlefield: A Woman's View of War

From the award-winning war reporter and co-author of I Am Malala, this searing, angry book looks behind the bombs and the guns to offer a woman’s view of warfare, the use of rape as a weapon of war and the many women victims of recent times.

Rape in war is nothing new. Herodotus recorded it in the Greco-Persian wars of 5th century BC. From the ancient Greeks, Persians and Romans, Alexander the Great and the string of fair-haired blue-eyed children left across Central Asia, to the ‘comfort women’ of the Imperial Japanese Army and the rapes of German women by the Red Army in World War Two, women have long been seen as spoils of war.

In an audiobook that is as unflinching as it is passionate, Lamb tackles head on the growing number of stories of brutality against women from across the world, some of which have shocked her more profoundly than anything she has seen in her 30-year career as a war correspondent. Ethnic and sectarian groups across the world now use rape as a strategy – almost as a weapon of mass destruction – with women rounded up and incarcerated to produce offspring, a new generation of jihadis in a chilling real-life version of The Handmaid’s Tale.

From Bangladesh in 1970-1 when as many as 400,000 women were strung up against banana trees and raped deliberately by Pakistani troops to breed Punjabis, to Bosnia between 1992-5 when 20,000 women were forced into sexual slavery in rape camps by Serbian soldiers; to Rwanda where, in 1994 an estimated 250,000 Tutsi women were raped; to the ‘rape capital of the world’ – Congo – where soldiers and rebels raped an estimated 200,000 women over the last 10 years, often in front of their own children. Islamic State and Boko Haram have seized thousands of women as sex slaves, including thousands of Yazidis and the 219 Chibok teenagers abducted from their school dormitories, using this to lure recruits from the west and telling fighters that raping them is their religious duty, not just spoils of war.

Inspired by the fact that if it is terrible to remember, it is far more terrible to forget, Lamb’s audiobook will give these women back their voices and attempt an understanding of why this is happening and what can be done about it.