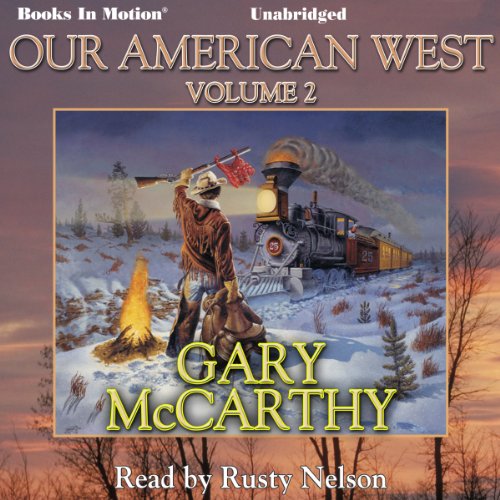 Our American West, Volume 2 begins with America’s first colonizers, the prairie dogs, and how out on the ranges they were so hated by ranchers that they were almost made extinct. Conestoga Wagons were once called “prairie schooners” crossing America long before the famed Pony Express. The indomitable courage of Sarah Winnemucca, the “Prairie Princess” rivals that of a tall Swede named Showshoe Thompson who skied the snowy river passes of the Sierra Nevadas for over twenty years packing the mail and saving lives. Almost no one knows of Esther Hobart Morris, but Wyoming proudly claims her as its Mother of Women’s Suffrage. Marvel at the transcontinental railroad race between the Union Pacific’s Chinese laborers and the predominately Irish Central Pacific Railroad crews and about how a one-armed Civil War hero named John Wesley Powell was the first explorer to run the mighty Grand Canyon deep within its corridors of stone. Doctors called “sawbones” struggled to save their patients with little more than poultices and prayers. Tom Horn was a tall, handsome hired gun but did he hang for a crime he did commit? Are mules smarter than horses? Clay Allison was every bit as deadly as Billy the Kid. Native American stories featuring Chief Sitting Bull. Buffalo Soldiers, The Ghost Dancers and Mark Twain, Frederick Remington and The Infamous Bandit Queens round out Our American West, Volume 2.