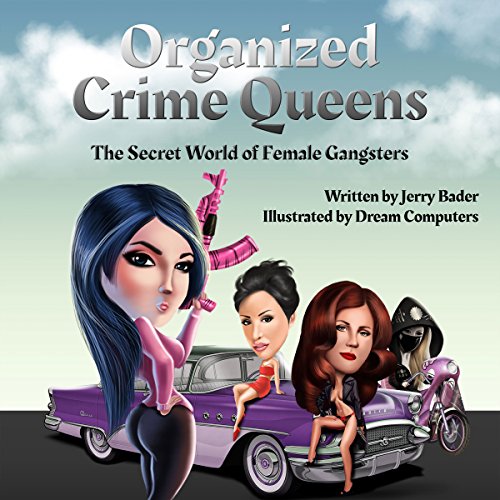 From the bizarre world of female Japanese motorcycle gangs to the historic rise and fall of London's 40 Elephants, the history of female organized crime is both fascinating and strange. These are the stories, both true and legendary, of the female crime bosses that broke the mold of feminine gentility. This is the secret world of female gangsters.

Most of society thinks of women as the gentler sex, the sex with more compassion and empathy, not prone to violence. The truth is history, and current events, are littered with stories of violent women who do whatever it takes to get what they want; women who either revel in, or accept as needed, whatever acts of torture, murder, and depravity that are required to achieve their goals. We're not talking about mundane psychopaths that kill their children and their husbands; or homicidal maniacs that kill randomly without purpose, other than for some sexual or psychological gratification. We're talking about female organized crime bosses, leaders of highly structured, often successful criminal organizations.

Most everyone knows about the high profile male mobsters; people like Lucky Luciano, Myer Lansky, Bugsy Segal, Arnold Rothstein, and Al Capone: men who became legends, rightly or wrongly, due to the public's insatiable appetite for literature, movies, and television stories based on their lives. But what about their female counterparts, they definitely existed and still exist. Their stories are both fascinating and cautionary. Their histories provide an alternative perspective on the equality of the sexes; everything has a price.