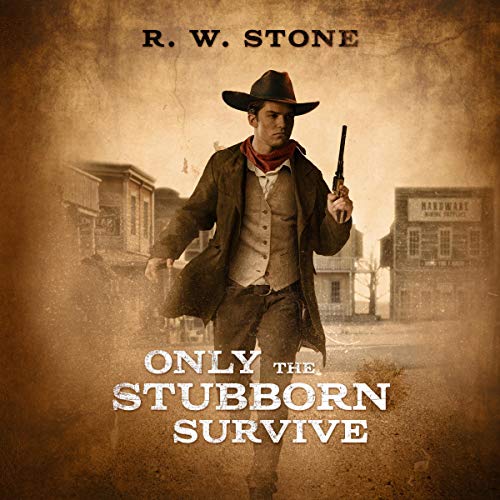 Only the Stubborn Survive

A young teenager named Red and the old prospector who raised him arrive in Baker's Gap, anxious to start a new life, having struck a glory hole of gold. Much to Red's horror, however, the prospector is gunned down in the street. Suddenly alone in a strange town, the boy is angry and distrustful, but fortunately Tom Harrison, the local sheriff, is willing to accept responsibility for his care if he can convince him to stay. A strong bond soon develops between the two, and in exchange for Red agreeing to attend school, the sheriff pledges to pass down all he knows about law enforcement.

The years pass, but nothing deters the boy from a stubborn conviction to spend his life tracking down outlaws like those who killed the man who raised him. When Harrison's Ranger friend, Al Thornton, shows up, both see an opportunity for Red to reach his goal. Red leaves Baker's Gap to become a Ranger under the tutelage of Thornton. At first somewhat skeptical of Red's abilities because of his age, Thornton and others at the camp come to accept him as one of their own because of his frontier skills and knowledge.

When Red and Thornton are sent on a routine mission to transport a prisoner, they find themselves embroiled in more conflict than they had counted on. Before the Rangers arrive, the outlaw breaks out of the fort jail with the help of his gang, and a seemingly routine job turns into a deadly manhunt. Eventually the outlaw and his gang head toward Baker's Gap. If the two Rangers cannot arrive in time it will surely spell disaster for the Sheriff Tom Harrison.

This is a typical western story: teenager left alone after the murder of family/guardian then he seeks revenge on the killers. Red is a teenager, raised by an old prospector. They move to Baker’s Gap to start a new life after striking it rich. The prospector is gunned down in the street. Red is taken in by the Sheriff, Tom Harrison. Red agrees to go to school if Harrison will teach him to become a lawman. A few years later Red joins the Texas Rangers then the story becomes interesting. The book is well written. The characters are interesting and there is lots of action. I will be looking for more books by R. W. Stone.

The book is five hours and sixteen minutes. Traber Burns does a good job narrating the book. Burns is an actor and audiobook narrator. This is my first experience with the author, R. W. Stone, and the narrator, Traber Burns.

I have found another western author. This book seems to be alone, I hope he writes more to follow this book. It kept me interested and eager to hear more!

a little predictable but a good listen. Will look for more from same artist in the future

good story all his boo m.j s are worth reading whole some, down to earth

It was just comfortable to listen to. You can listen and know the good and the bad. A kind of vacation from all that we are bombarded with today.

Loved it! Listened to it two times to make I didn't miss anything it was great both times!

Loved this Story of a straight forward honest young man keeping his word to all.

Very fun western. I would love to see more with these characters. Fast pace made it great to listen to.

lots of giggles n laughs. lol I enjoyed this so much. sorry it ended. I know some folks like red !!

RED with no last name.

I liked this book. God must've watched over this young man from birth . From the Old Prospector finding him to being taken in by the town marshall. It all lead to his becoming a Texas ranger.