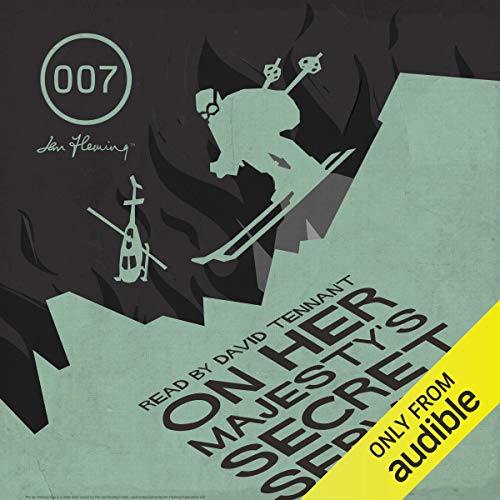 On Her Majesty's Secret Service

On Her Majesty's Secret Service

In his Alpine base, Blofeld is developing biological weapons that will devastate Britain. Unaware of the danger, James Bond is about to marryTeresa di Vicenzo, the daughter of a Corsican Mafioso. But then he is sent to Switzerland. Bond’s marriage and Blofeld’s schemes disintegrate in a blizzard of gunfire and high-explosives from which neither man emerges the victor.

David Tennant has won critical acclaim for his performance as Detective Alec Hardy in the hugely successful crime drama Broadchurch, a role he is soon to reprise in the upcoming American remake, Gracepoint. He shot to global fame during his tenure as the Tenth Doctor in the Doctor Who series, and has starred in a number of other award winning films and television shows, including Harry Potter and the Goblet of Fire and Single Father. On stage he has played Benedick in Much Ado about Nothing, as well as the title roles in Hamlet and Richard II.

"A Bond bombshell." ( Time Magazine)
"Fleming’s new book will not disappoint his millions of fans." ( Washington Post)
"One of Bond’s most ominous and chilling adventures." ( Newsweek)
"Fleming at his urbanely murderous best, a notable chapter in the saga of James Bond." ( Houston Chronicle)
"Bond is what every man would like to be, and what every woman would like to have between her sheets.’ ( Sunday Times)