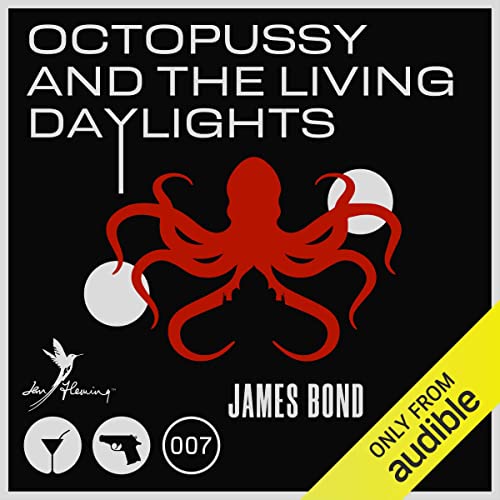 Octopussy and the Living Daylights and Other Stories (with Interview)

The last book written by Ian Fleming, but by no means the least. In Octopussy, a talented but wayward British major pays a high price when his wartime past catches up with him, while in The Property of a Lady, a Fabergé egg leads Bond to a KGB spy. In The Living Daylights, Bond has a perilous rendezvous in sniper’s alley between East and West Berlin, and 007 in New York (read by Lucy Fleming) see him sent to America to warn an ex-MI6 operative about a dangerous liaison. All part of the job for 007…

Tom Hiddleston is well known for his role as Loki in the films Thor and Avengers Assemble. Among his other film credits are Muppets: Most Wanted, Only Lovers Left Alive, War Horse, Midnight in Paris and Archipelago. He played Prince Hal/Henry V in the acclaimed TV drama series The Hollow Crown, The BBC’s adaptation of four of Shakespeare’s history plays. Theatre credits include the title role in Coriolanus, Cassio in Othello and Lvov in Ivanov.

Lucy Fleming is the niece if James Bond author Ian Fleming. She has been acting for over 40 years both on television and the West End stage.

"A must for all Bond buffs." ( Newsweek)
"I admired all the Bond books and I’m sorry there’ll be no more. A sad farewell to Fleming." ( Listener)
"Ian Fleming traces the intricacies of counter-espionage with all the efficient authority of 007's own secret reports." ( Sunday Times)
"Octopussy is a brilliant gem." ( Publisher’s Weekly)

This is the first ever James Bond book I read|listened to. I expected something quite different (well, I guess it's all because of the movies ;) ). However, the unexpected is really good. And I liked it. Looking forward to other stories in the series.