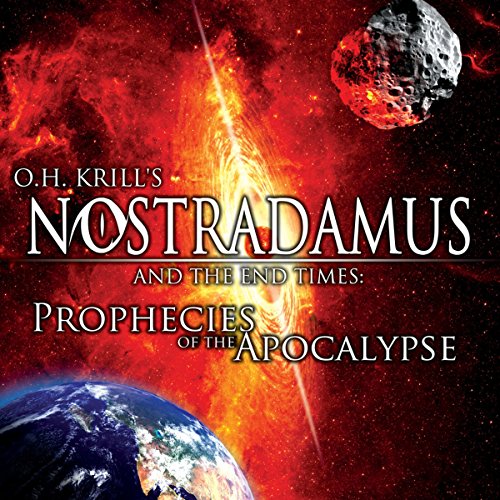 Nostradamus and the End Times

According to the ancient prophecies of Nostradamus, the end times are now upon us. Nostradamus and the End Times introduces the viewer to the bizarre, shadowy and terrifying cosmology of the world-famous medieval seer. Learn how this humble apothecary rose to become the close confidante and advisor of the French royal family and how his grim predictions were condemned as black magick by the Church. Only the influence and patronage of the French Queen saved Michel de Nostredame from charges of heresy and certain death at the hands of the Inquisition.

Join O. H. Krill, James Earnshaw, and Brian Allan in this timely warning as they explore the truth and myths behind the enigmatic prophecies and quatrains credited to this legendary prophet. Was he a sorcerer or was he a genius? Learn how he accurately predicted the death of kings, the great fire of London, the rise of Adolph Hitler, and the holocaust of the Second World War. Even Osama bin Laden and al-Qaeda are revealed, as are the current wars and tribulations in the Middle East. Learn that his most worrying prophecy concerns the end of humanity itself as the earth collides with a celestial body, the biblical death-star Wormwood, in a gigantic, final cataclysm. Is the end of humanity at hand? The answer is here, dare you ignore it?