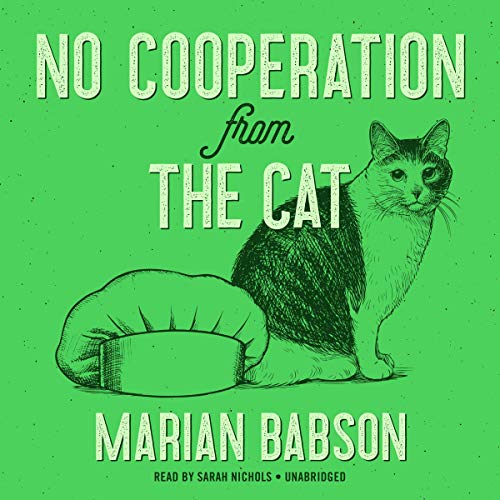 No Cooperation from the Cat

No Cooperation from the Cat

Marian Babson brings back theater actresses Trixie and Evangeline in No Cooperation from the Cat, her latest cat-suffused cozy!

Trixie’s daughter Martha has taken up residence in the kitchen she shares with her friend Evangeline. Martha is frantically testing last-minute recipes to meet the deadline for her cookbook, helped by Jocasta, her overworked editor. When a strange man bursts into their lives, it’s revealed that Martha was not the first choice for the cookbook, and that the woman originally working on it died after eating something at a cooking demonstration. Unwanted guests descend on the already crowded and tense apartment, one of whom ends up dead. Cho-Cho-San, the lovely Japanese bobtail cat, joins in the fun as Trixie and Evangeline become entangled in another puzzling murder.

Babson delivers a delightfully witty mystery with a cast sure to induce laughs, including one cat that will steal listeners’ hearts.