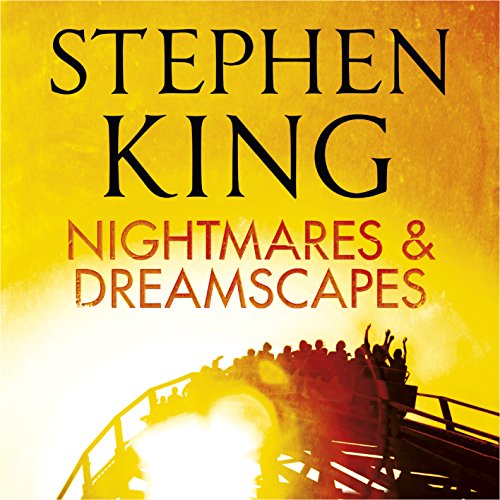 The Stephen King Amusement Park - an unnerving experience, with rides every which way to hell...and a few to glory.

A solitary finger pokes out of a drain. Novelty teeth turn predatory. The Nevada desert swallows a Cadillac. Meanwhile, the legend of Castle Rock returns...and grows on you. What does it all mean? What else could it mean? Stephen King is here with a powerful collection of stories - a vast, many-chambered cave of a volume.

The long reach of Stephen King's imagination will take you on a roller coaster to places you've never been before. You will lose sleep. But Stephen King, writing to beat the devil, will do your dreaming for you.

I only recently REALLY discovered Stephan King’s work even though I’ve known of it for some time. His writing style and topics/stories is a great escape!

Where are the chapter titles?

A great collection of stories with an interesting and diverse reading cast.
I love listening to this while travelling or while going to sleep.
What bugs me about the audiobook is the fact that there are no titles for each chapter, it only says chapter 1, chapter 2, etc. I don't know if it's a bug in the app or if they just didn't bother but it's very inconvenient.

You can hear other readers in the background

The Stephen King short stories are amazing but when I was listening to the first story read by Rob Lowe and second story read by Matthew Broderick (who's doing a terrific job!) I can hear other readers in the background.
Unfortunately, this is really distracting.

I really hope that this won't continue and will change my review accordingly if needed.

And until the end, you can hear other readers in the background.
The stories are still great but the background voices are just too distracting at times.