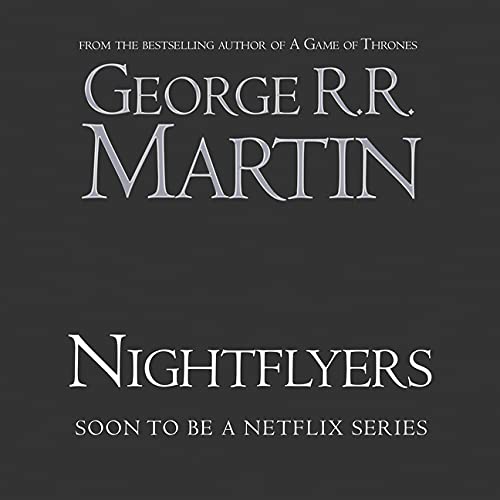 Alien meets Psycho with a chilling mystery set on a spaceship soon to be an original series on Netflix, by the number one best-selling author of A Song of Ice and Fire, George R. R. Martin.

On a voyage toward the boundaries of the known universe, nine misfit academics seek out first contact with a shadowy alien race.

But another enigma is the Nightflyer itself, a cybernetic wonder with an elusive captain no one has ever seen in the flesh.

Soon, however, the crew discovers that their greatest mystery - and most dangerous threat - is an unexpected force aboard the ship wielding a thirst for blood and terror....

"I always expect the best from George R. R. Martin, and he always delivers." (Robert Jordan)

"Of those who work in the grand epic-fantasy tradition, Martin is by far the best. In fact...this is as good a time as any to proclaim him the American Tolkien." (Time)

"Long live George Martin... A literary dervish, enthralled by complicated characters and vivid language, and bursting with the wild vision of the very best tale tellers." (The New York Times)