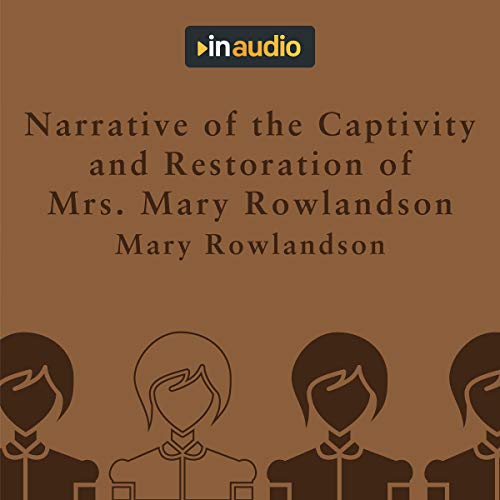 Narrative of the Captivity and Restoration of Mrs. Mary Rowlandson

Narrative of the Captivity and Restoration of Mrs. Mary Rowlandson, also called The Sovereignty and Goodness of God, is a memoir from the eponymous Mary Rowlandson. In this harrowing narrative first published in 1682, the author tells the story of her capture and being held for ransom after an attack by Native Americans during an attack on Lancaster in the Massachusetts Bay Colony.

Mary Rowlandson was captured by the attackers and taken on an 11-week journey through the wilderness, being sold and purchased in exchange for goods in various settlements, and suffering the loss of her children as the journey took its toll.

The story is an in-depth look at the life of a captive woman and demonstrates the value of her temerity and faithfulness throughout the difficult ordeal. When she ultimately was given freedom and allowed to reunite with her remaining family, Rowlandson decided to use her writing to convey the importance of her faith in God and belief that her life was ultimately a blessing, given how easily it could have been taken.

This is truly an interesting narrative of a women’s deep troubles and faith in her God that carried her through. What an inspiration! It was fascinating to see a picture of the historic picture in which she lived. Highly recommend this.