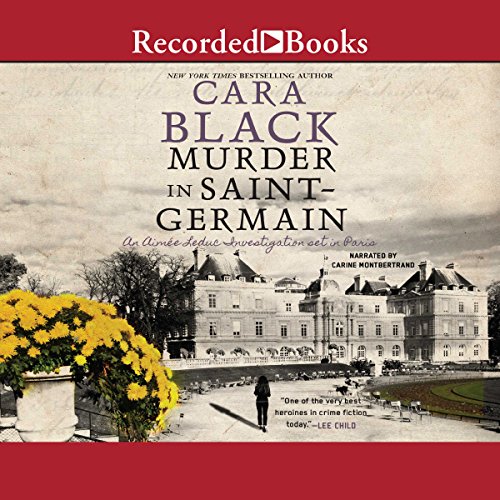 Paris, July 1999. Private investigator Aimee Leduc is walking through Saint-Germain when she is accosted by Suzanne Lesage, a Brigade Criminelle agent on an elite counterterrorism squad. Suzanne has just returned from the former Yugoslavia, where she was hunting down dangerous war criminals. Back in Paris, Suzanne is convinced she's being stalked by a ghost - a Serbian warlord she thought she'd killed. She's suffering from PTSD, and her boss thinks she's imagining things. She begs Aimee to investigate - is it possible Mirko Vladic could be alive and in Paris with a blood vendetta?

Aimee is already working on a huge case, plus she's got an eight-month-old baby to take care of. But she can't say no to Suzanne, whom she owes a big favor. Aimee chases the few leads, and all evidence confirms Mirko Vladic is dead. It seems that Suzanne is in fact paranoid, perhaps losing her mind - until Suzanne's team begins to turn up dead in a series of strange, tragic accidents. Are these just coincidences? Or are things not what they seem?