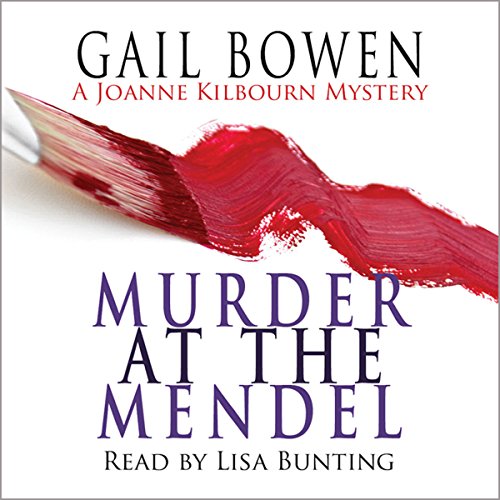 Murder at the Mendel

Murder at the Mendel

As a child Joanne was friends with Sally Love and her parents, but the friendship languished after Sally’s father died and she moved away, eventually becoming a very controversial artist. When the Mendel Gallery opens an exhibition of Sally’s work, Joanne is eager to attend and to renew their friendship. But it’s not so easy being Sally’s friend anymore, and soon Joanne finds herself ensnared in a web of intrigue and violence. When the director of a local private gallery is brutally murdered, Joanne finds that the past she and Sally share was far more complicated, and far more sordid, than she had realized.

"Bowen has a hard eye for the way human ambition can take advantage of human gullibility." ( Publishers Weekly)
"What works so well [is Bowen’s] sense of place - Regina comes to life - and her ability to inhabit the everyday life of an interesting family with wit and vigour.... Gail Bowen continues to be a very fine mystery writer, with a protagonist reader can invest in for the long run." ( National Post)

What would have made Murder at the Mendel better?

A more believable main character. If I was a friend or family member, I'd get as far away from this woman as possible. The number of close family and friends that have been murdered already is beyond belief. She also calls others alcoholics and yet the woman has a drink for every occasion - trauma, celebration, exhaustion, grief, fear. She's clearly an alcoholic herself. Her impetuous jumping into the middle of things drove me nuts.

Would you ever listen to anything by Gail Bowen again?

Probably not, though this is my second of her novels. Who else could she kill off for the next one. Her children?

If you could play editor, what scene or scenes would you have cut from Murder at the Mendel?

I'd take out half the murders. The bodies just pile up. It doesn't add anything to the story for me. Also the graphic eroticism does not appeal to me and seemed unnecessary to the story.