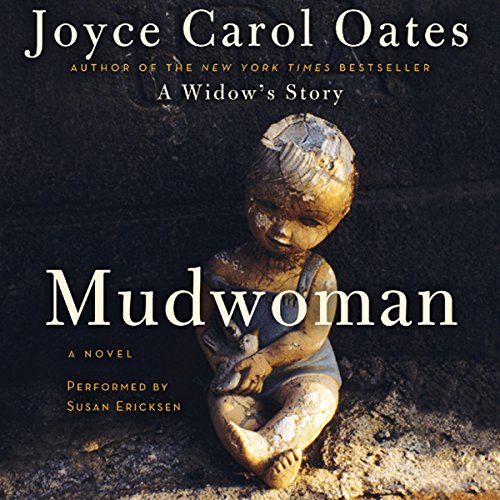 A riveting novel that explores the high price of success in the life of one woman - the first female president of a lauded ivy league institution - and her hold upon her self-identity in the face of personal and professional demons, from Joyce Carol Oates, author of the New York Times best seller A Widow’s Story.

Mudgirl is a child abandoned by her mother in the silty flats of the Black Snake River. Cast aside, Mudgirl survives by an accident of fate - or destiny. After her rescue, the well-meaning couple who adopt Mudgirl quarantine her poisonous history behind the barrier of their middle-class values, seemingly sealing it off forever. But the bulwark of the present proves surprisingly vulnerable to the agents of the past.

Meredith “M.R.” Neukirchen is the first woman president of an Ivy League university. Her commitment to her career and moral fervor for her role are all-consuming. Involved with a secret lover whose feelings for her are teasingly undefined, and concerned with the intensifying crisis of the American political climate as the United States edges toward war with Iraq, M.R. is confronted with challenges to her leadership that test her in ways she could not have anticipated. The fierce idealism and intelligence that delivered her from a more conventional life in her upstate New York hometown now threaten to undo her.

A reckless trip upstate thrusts M.R. Neukirchen into an unexpected psychic collision with Mudgirl and the life M.R. believes she has left behind. A powerful exploration of the enduring claims of the past, Mudwoman is at once a psychic ghost story and an intimate portrait of a woman cracking the glass ceiling at enormous personal cost, which explores the tension between childhood and adulthood, the real and the imagined, and the “public” and “private” in the life of a highly complex contemporary woman.

Descent Into Madness or Political Treatise?

Intrigued by the title and description of the book, I bought it. I then spent nearly 20 hours confused by the plot, which never really went anywhere. Meredith Ruth Neukirchen, known as MR, is the protagonist of this novel. Abandoned as a child, she slips on the name of her sister (for reasons we never entirely grasp) when she is saved, lives as a foster child under that name, gets adopted and is renamed for the dead child of otherwise seemingly decent Quaker parents, grows up and becomes the president of a well known university. Established in that position, we spend a year in that present space of time going back and forth into her life through dreams or memories. At times we have trouble distinguishing the past and the present. We take long trips into political jargon through her mind and the conversations of her colleagues. We learn about some secret lover that she maintains for 20 years; a story line never really resolved. We learn about her biological mother and piece by piece we watch MR go from the mud, at age 3, to the university presidency at age 40.

We figure out that MR is intelligent and at one time athletic. We also figure out that she is perceived as ugly, a notion she totally buys into. We want to believe she has a kind and generous spirit, but Oates doesn't ever quite push us over the edge onto firm ground where this is concerned. The conflict we get with her intelligence is that she never really uses it to assess herself and by the age of 40, and quite successful, we figure MR really needs to "get over it." Or at least get counseling. Instead she prefers to wander listlessly through her mind and fails to take any time to take care of herself or to even enjoy life outside of work. She's really only half a person. It was really hard for me to be sympathetic toward her. But I wanted to be.

The most enjoyable parts of the book were the memories where I felt we got a better sense of MR viewing and learning about the world, and to a lesser extent, learning to trust people. But she never really enters life in that fashion, even with the secret lover. When she ultimately has a breakdown, primarily due to exhaustion, she returns home and it is here that we dare to hope that MR grows up. But in the 7 hours it takes for her to drive from her childhood home where she has temporarily stayed with a father she adores, she makes two wrong decisions which land her almost exactly where she was when she had the breakdown three months earlier. We are left in the in the last two minutes of the book wondering if she has inherited madness from her biological mother or perhaps learned it from her adoptive mother - which is another vague story line. I mean let's face it. Who names a newly adopted child after a biological dead one and gives the new child the same birthdate as the dead one? That's just plain nuts. Is this the secret that all Neukirchens fail to avoid - blood relatives or not? This is suggested to us throughout the novel.

I continued to read the book in spite of my frustration because I wanted to find out if MR just slips off the knife edge into madness. I wanted her to become solid instead of vapor whether that meant fully present or fully crazy in her life. I couldn't stand the vacillation between the two. But there is never resolution. If you want to read a book about a woman going mad, The Yellow Wallpaper does a much better job and does it in 30 minutes.

Susan Ericksen, as usual, does a fabulous job reading the title and it's too bad her talent is wasted on a book like this.

If you like rambling novels that teeter back and forth in confused, long winded passages, this book is for you. Otherwise, skip it and move on.

I would not use a credit

What would have made Mudwoman better?

A better story line. The author could have accomplished the end result in 1/4 of the time. There could have been more substance present. The attempt to include events of 9/11 seemed a bit contrived. The story had choppy transitions for no apparent reason. I felt as if the amount of time the "reader" invested should have yielded more depth of character, and more of a reason to have engaged in reading this book. The premise was interesting, but, the book did not seem to deliver. There were moments it seemed to come close, but the author seemed to veer from these.

What was most disappointing about Joyce Carol Oates’s story?

It offered tremendous potential to explore the hidden psyche of the main character but failed to deliver.

The narration was excellent. I will seek this performer/reader out in the future.

Although the narrator was a bit more dramatic than I thought was needed, this is a beautifully written, vivid story.

With out giving anything away, something horrendoeus happened to a gentleman at the president of the colleges house but the consequences or inquiry were just ignored by the author. Did the author maybe want to mention something more and ran out of space???

It is unbelieveable for so many misgivings to happen to one person.

The reader of this story was very much an over actor. I found myself rolling my eyes at times.

With the reputation of this author, I expected more.

I Couldn't Have Been More Disappointed

This book wasn???t for you, but who do you think might enjoy it more?

The only people who might enjoy it is if they are a big Oates fan.

Has Mudwoman turned you off from other books in this genre?

I have learned to read all of the reviews before buying a book after being totally disappointed in this book.

As a great lover of mysteries, I decided to take a break, and read a different genre. I thought it would be nice to read a female author. Oates has left me frustrated with Mudwoman. I kept thinking that M R would get her act together, but, unlike her intellectual level, her emotional level is that of a 20 year old. I found the story a bit confusing and it seemed to go in circle, rather than resolving matters. There are too many wonderful books to be read, but this is not one of them.

What disappointed you about Mudwoman?

Complete lack of clarity in the narrative, despite some beautiful and insightful prose.

I went from hopeful to patient to miserable as the story remained dreamlike, like the mud. Watching the character stumble through didn't provide any satisfaction.

Difficult to listen to a broken life

I found it sad and difficult to listen to Mudgirl/Mudwoman lurking, unhealed, throughout the book. I wanted so much for her to take more responsibility for her life and attempt to truly address the psychological darkness that eroded her personal happiness. Joyce Carol Oates is clearly a talented author and the book was well read.

I wanted to relate but often could not

The story is intriguing but lingered so long on in many areas and in ways that I could find no significance pertaining to the story or in a way I simply didn't care about that I got lost figuring out what it was "about". Resolving her current life with her childhood trauma? Running away only to be pulled magnetically, back? Facing her past? I could not tell therefore making it hard to mean anything to me.

Performance was good, it's mainly what helped me stay with the story to the end. Love her voice.

the reader was excellent. some of the language and dialects were unusual and had to be difficult to read.