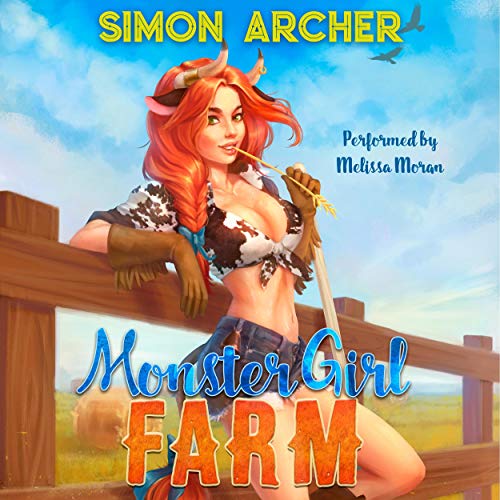 Level up your animals, breed your monster-girls, save the farm!

When Jerry follows the trail of his missing uncle, he discovers a mysterious monster-girl and an equally mysterious region called Delom where everything works like a video game. But there isn't time to gawk, because Jerry's inherited his uncle's farm, once the most famous animal breeder in Delom, and everything is falling apart. The animals are low level, there's not enough food to keep their health up, and a greedy developer wants to put Jerry and the farm out of business.

But if Jerry can discover his uncle's greatest secret, he might just be able to level up enough to save the farm. All he has to do is figure out how to breed monster-girls!

It has a weird sense of morality. They take good care of the animals but when it comes to the more sentient ‘monster’ girls they are still treated as technical animals who are sold to the highest bidder, with their innocence or ‘animal instincts’ they believe you if you tell them who their master is. Slavery or morally acceptable?

I really enjoyed this book! Loved the characters and the plot. It setup a lot of problems to be solved I can’t wait to see the answers to the riddles. The narration was excellent, I certainly enjoyed the experience!

the whole story is just to ..... weird and the MC selling off sentient beings has pets or whatever just doesn't feel right, then their is the fact all the animals are people faces this just crosses a line for me.

The narrator is great she a great job and was easy to listen to but what she had to work with I will not keep.

I love the concept of breeding Monster Girls for the purpose of adding help to the land's businesses. It was a pleasure to read, Melissa Moran has a great voice for narration.

My only complaint would be that at times she would get monotone, I could hardly tell the monster girls apart by how she decided to give them voices, and other than one time, she only listed the chapter's number instead of "chapter x" and one time, the land's currency was represented as Dollars and not CC. Not sure if it was a verbal slip up or a typo in the actual novel.

Other than that, I was very pleased with how the book was represented and would love to see a sequel to it.

I rather enjoyed it, I really hope they make a sequel in the near future.

i wanted to like this book, but after 4 chapters, I can't go any further. First, the narration is stilted with a short pause after every word, as if someone were reading from cue cards that were held up almost too far away. second, the conversations seem to be written by someone who doesn't talk to humans. No one talks the way these characters do, over explaining everything. Third, after four chapters there still is nothing to draw me in. All the characters are presented in 2D, with no depth. Do yourself a favor, take a pass on this one.

A good story, good characters, an okay MC. Nothing ground braking or note worthy, but a good story from start to finish.

this author has the ability to write fun light-hearted stories that are just fin to listen to. there are no huge plot twists just a good story to pleasantly pass the day with. Melissa Moran is a joy to listen to. thanks . I will eagerly await the next