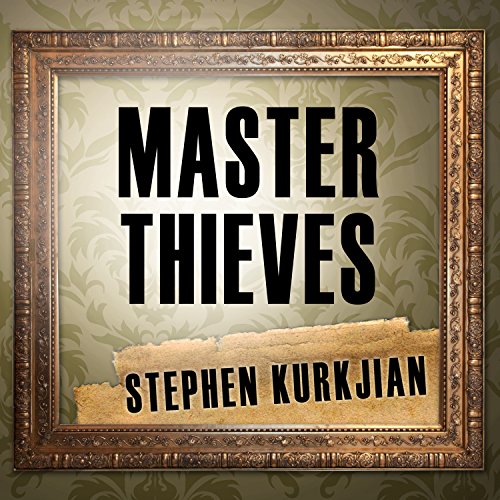 In a secret meeting in 1981, a master thief named Louis Royce gave career gangster Ralph Rossetti the tip of a lifetime. As a kid, Royce had visited the Isabella Stewart Gardner Museum and made a habit of sneaking in at night to find a good place to sleep. He knew the Museum's security was lax, and he gave this information to a boss of the Boston criminal underworld. It took years before the Museum was hit. But when it finally happened, it quickly became one of the most infamous art heists in history: 13 works of art valued at up to $500 million - including Rembrandt's "The Storm on the Sea of Galilee". The identity of the thieves was a mystery, and the paintings were never found.

What happened in those intervening years? Which Boston crew landed the big score? And why, more than 20 years later, did the FBI issue a press conference stating that they knew who had pulled off the heist and what had happened to the artwork, but provided no identities and scant details? These mysteries are the story of Stephen Kurkjian's revealing audiobook. He will take the listener deep into the Boston mob and paint the most complete and compelling picture of this story ever told.

There's no end in sight to this. Too many details without any meat. Don't bother.

I live in Boston, work in East Boston in the shadows of many places mentioned. I remember the heist, and the roller coaster decades of false reports of a breakthrough in the case. I had hoped that a Boston Globe reporter could bring some insight into the story. Unfortunately it is a book of rehashed newspaper stories told in clipped and tacit prose. Hard to follow the non linear tangents and filler stories.

Boring. Buy something else or take the book out of the library of you're afraid of missing something.

Great telling of a unsolved mystery

In 1990 2 gangsters dressed up like policemen pulled off what might be the most famous art heist in history--they stole 13 works of art from the Isabella Stewart Gardner Museum. Amongst the stolen items were Rembrandts, Vermeers, Degas' and a Manet. They were valued at a total of 500 million dollars. And then they seemed to disappear. The FBI, the reporters, the museum, and even some of the crime families have been working to solve this mystery for the past 28 years.
This book gave me exactly what I wanted--all of the details about the case, all of the guesses, and information on all of the parties involved. Kurkjian is well suited as the author of this book--he wrote stories about the heist for the Boston Globe for many years, so he has an emotional connection as well as knowledge and research ties to the case. Kurkjian's law degree also allows him access to court documents that a regular author wouldn't be able to get to. He even interviewed crime bosses to make sure he was capturing the dynamics of this crime Lord's demise and the uprising of the new crime families.
I wish I had kept track of all of the players on a spreadsheet. There were so many people and so many names to keep on top of--especially tricky with an audio book.
My best guess is that the art work was accidentally destroyed when it was stored under a shed and the ground water rose, filling the hiding spot. I don't think that "Bobby the Cook" Gentile will ever admit to this; it's too shameful. But I just don't think we're ever getting the artwork back. I definitely don't think it's hanging on some rich person's wall somewhere. And if anyone did know the location of the stolen artwork--then between the 5 million reward and the promise for immunity from jail they would have come forward by now.
I also think that one of the night watchmen (Abath) that let the fake policemen in that night was in on it. There are so many holes to his story that just don't add up.
I followed up the reading of this book with a visit to the Isabella Stewart Gardner museum--which is lovely. They still hang the empty frames of the stolen artwork, as a reminder of what is missing.
Additional things I found out through this book:
1) The Boston branch of the FBI are doofuses
2) The FBI cut deals with the crime families all of the time. Some number of the crimes the big families commit are to have leverage to get their own family members out of prison. The FBI also sets up these criminals through an undercover sting for something like drug dealing or a stolen vehicle to put them in a position where they can avoid jail time if they give the FBI information about other crimes.
3) There is a "code of honor or ethics" amongst thieves. If you come up with the idea for a heist and someone else carries it out before you get to, then they owe you 15% of the spoils.
4) In Italy there are 80 members of their "FBI" that are over art recovery. In the U.S. the FBI has the following number of agents specifically assigned to art cases--ZERO.
I enjoy local stories and this is a good one. Some small amount of swearing.

A story that should be shared with all, in hopes of recovering those treasures and our humanity.

The dry and mostly fact based subject matter was not enhanced by the flat affect of the narrator.

No answers, no conclusions, no point

The Gardener heist is one of the most intriguing mysteries of the past 50 years. Unfortunately this was book provides no good leads or even solid speculation on the identities of the thieves or whereabouts of the paintings.
The author appears to have spent many years chasing whispers and pulling on threads seemingly at random and wrote this book as a means to recoup some money on a failed investigation. He fails to turn up anything of value on the theft and in turn swindles the reader out of time and money.
Even if the book had shed any light on the crime the book does not flow well. Any interest is lost in the jumble of narratives he tries unsuccessfully to weave into a substantial text. He does not succeed. I will be attempting to get a refund from Audible for this purchase.

If this author is an "Investigative Reporter" than I've missed my calling. No depth, little to no research and certainly no "investigating". I love how he compares the theft tragedy to the Boston Marathon Bombing. Then, it slowly and gradually goes torturously down hill from there. Author should refund my money for this waste of time.