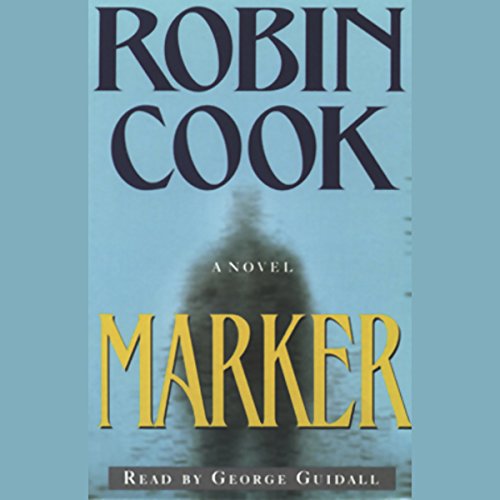 Twenty-eight-year-old Sean McGillin is the picture of health, until he fractures his leg while in-line skating in New York City's Central Park. Within 24 hours of his surgery, he dies.

A 36-year-old mother, Darlene Morgan, has knee surgery to repair a torn ligament in her knee. And within 24 hours, she has died.

Despite institutional resistance from her superiors, as well as from those at Manhattan General, Laurie doggedly pursues the investigation. Though it seems impossible to determine why and how the patients are dying, she comes to suspect that not only are the deaths related, they're intentional, suggesting the work of a remarkably clever serial killer with a very unusual motive, involving frightening ties to both developing genomic medicine and the economics of modern-day health care.

Then Laurie is dealt a double blow: While coping with Jack's inability to commit to their relationship, she discovers she carries a genetic marker for a breast-cancer gene. As her personal life continues to unravel, the need for answers becomes more urgent, especially when Laurie is pulled into the nightmare as a potential victim herself. With time winding down, she and Jack race to connect the dots, and save Laurie's life.

With his signature blend of suspense and science, Robin Cook delivers an electrifying page-turner as vivid as today's headlines.

"The best-selling physician/author is in top form as he revisits the love/hate relationship between New York City medical examiners Laurie Montgomery and her lover, Jack Stapleton, in this gripping medical chiller." (Publishers Weekly)

A bit too predictable

As with previous Cook novels, this one is full of well developed characters and has a fast-paced and interesting story line. The only complaint is that the plot was way too predictable and I could see the climax coming during the second or third hour of this 14+ hour audio book. Although there were a few twists and turns along the way, the storyline and ending were predictable enough to leave me feeling generally dissapointed.

Haven't I read this before?

Seems like Cook's written this story a few times before. Formulaic and predictable. At least it's Cook's formula, and not derivative.

This was my first, and probably my last, Robin Cook novel. I had such high hopes for this book when I purchased it! Unfortunately, multiple factors conspired to make me hate it. The book is about some thirty- and forty-somethings, but the author reads them all as if they were very uptight and much older than stated. I can't tell how much of the problem is the narrator and how much is Mr. Cook's incredibly stuffy dialogue. The book keeps restating parts of the plot as if we have forgotten what happened thirty minutes ago, which I found annoying. I think my biggest issue, though, was the plot and subplots. I am a physician, and as such I have NEVER met forty-something doctors who are as oddly formal and 'official'-sounding as some of these characters. I also found it incredibly hard to believe that the characters involved didn't figure out some of the medical things that went on within their own lives a little quicker. Surely Laurie has done autopsies on women who died of the medical condition she has in this story-- and yet she has no clue?!? Finally, the idea that so many mysterious deaths are occurring at a hospital with a low morbidity rate, and yet the administration is not alarmed, drove me completely nutty. The most interesting part of the plot (a national conspiracy) was given about 2 minutes of time at the end of this overly-long story. By the end of the book I really didn't care what happened to the people involved. Hate to bum you out, but I really can't recomend this one.

ROBIN COOK SHOULD BE EMBARRASSED!!

I know he's a famous author..... but this book was like something written by a high-schooler (and they'd probably have done a better job). Two dim-witted doctors (who are in Cook's other books) are so dumb you just want to shake them. The dialogue between the doctors, the cop, and internal dialogue is so lame and doesn't resemble anything you'd normally hear. Everyone sounds so wooden. Cook thinks all it takes to make a good book is to make an outline: I - A couple dead bodies....II - Must be serial killings.... III - Doctor's life in peril IV - Jack to the rescue by the skin of his teeth. Then, Cook has to 'flesh' out the outline, which in this book, he does by throwing in some technical medical information (which is extremely boring), stupid dialogue (which in most cases could & should have been left out of the book, as it had nothing to do with the story), and repeats of earlier pages (how many times can you say the same thing - evidently many, as you'll see if you buy this one). The narrator, with his inflections, made the story even worse - if that's possible. He was one of the worse ones I've heard. He sounded like he was reading to a bunch of 1st graders. Don't waste your time or money on this book. To repeat what I said in the beginning.... Robin Cook should be embarrassed by this one!!!!

The story line had potential, but the writing is sophomoric, the dialogue stilted, and the narration is terrible. I wasted a credit on this one.

George Guidall enhances every book he narrates, lending nuance and drama to even the most pedestrian prose. This is a workmanlike thriller that feeds effectively on one's natural fear of lying helpless in a hospital bed. But the story never really grabs you -- there's a kind of mechanical feel to it, as if the author were following a mystery cookbook recipe. Had anyone but Guidall narrated the book, I doubt I would have stuck it out to the end.

Even better than some of Robin Cook's older books. I guess being able to predict the ending doesn't bother me much or I would give up reading mysteries all together. I enjoy the ride not just getting to the destination.

Looks like Robin Cook needed to redecorate his house and cranked out a formula book. The end was in sight within the first hour or so and there was little to keep my interest other than I was out of town with no other audio books available ...

I just finished listening to this audiobook, which I completed in less than a week (half the usual). The motivation to buy this book is that I used to be a fanatic of Robin Cook medical thrillers when I was in medical school back in the nineties. The last novel I had read was Contagion in 1998 and then I never had the time to read any more, until I discovered Audible. Well, I started listening to the book with a lot of enthusiasm and nostalgia, expecting to find it as exciting as his previous novels, but found it's too predictable from the beginning, as other reviewer pointed out. On the other hand, there are some medical aspects that are dificult to believe by any person minimally knowlegeable of how hospitals work. Being myself an M.D. I couldn't understand how nobody had though about Potassium Choride as the causal agent for the unexplained deaths, since it was so obvious. Well, it didn't make me lose interest, since I wanted to know the details of how the genetic markers fit into the plot. Bottom line, a bit dissapointing if you have read previous novels but still worth the time, specially since there are not many authors out there writing medical thrillers.

What did you love best about Marker?

The story line was very good. It was a fresh approach to what could be called the evil in this world with a very suprising ending

I can't recall, but I did like this one a lot. It also proves how perserverance & dedication plays an important part in life.