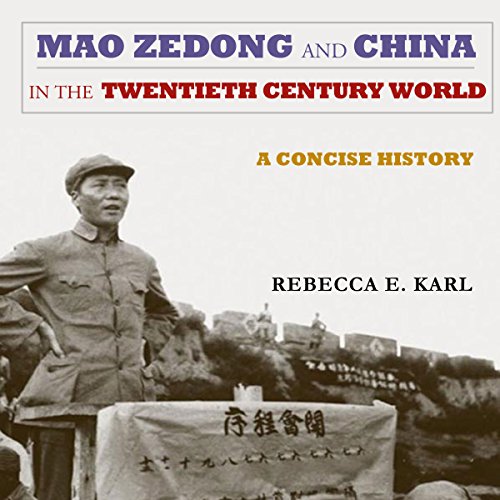 Mao Zedong and China in the Twentieth-Century World

Throughout this lively and concise historical account of Mao Zedong's life and thought, Rebecca E. Karl places the revolutionary leader's personal experiences, social visions and theory, military strategies, and developmental and foreign policies in a dynamic narrative of the Chinese revolution. She situates Mao and the revolution in a global setting informed by imperialism, decolonization, and third worldism, and discusses worldwide trends in politics, the economy, military power, and territorial sovereignty. Karl begins with Mao's early life in a small village in Hunan province, documenting his relationships with his parents, passion for education, and political awakening during the fall of the Qing dynasty in late 1911.

She traces his transition from liberal to Communist over the course of the next decade, his early critiques of the subjugation of women, and the gathering force of the May 4th movement for reform and radical change. Describing Mao's rise to power, she delves into the dynamics of Communist organizing in an overwhelmingly agrarian society, and Mao's confrontations with Chiang Kai-shek and other nationalist conservatives. She also considers his marriages and romantic liaisons and their relation to Mao as the revolutionary founder of Communism in China.

The book is published by Duke University Press.

A balanced view of Mao's life and legacy


Mao Zedong bestowed a complex and controversial legacy upon China, and the realities of his life and policies become more obscured year by year as China veers further away from the kind of radical egalitarianism for which he fought. In contrast to the Mao-as-monster theme of some other recent works on post-revolutionary China, Rebecca Karl has written a remarkably evenhanded presentation of The Great Helmsman that emphasizes the lifelong influence of his peasant roots and explains his radical political ideology of permanent revolution, while refusing to minimize the human toll from his rule or the scope of the failures of some of his most significant programs and policies. She does an excellent job of covering the major developments in Chinese history over the entire course of Mao's life. The book serves as an excellent introduction to Mao and to the story of the Chinese revolution and its aftermath, including the national turn towards a kind of despotic, state-controlled capitalism following Mao's death.