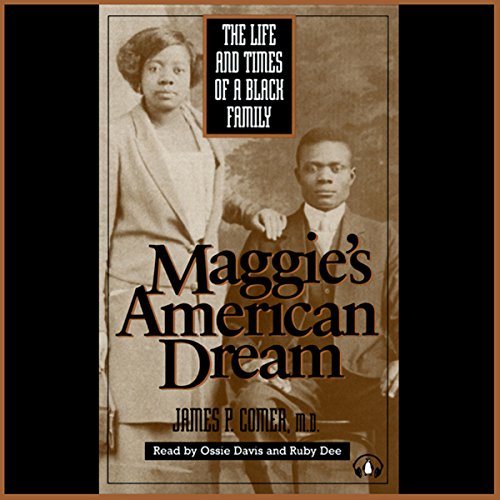 Maggie's American Dream is one of the most inspiring Black success stories ever written.

Maggie Comer was a poor, uneducated mother of five who believed that the only way her children were going to make something of themselves in the world was through education. Fighting obstacles such as racism, oppression, poverty, hardship, and World War II, Maggie made certain her childrenhad the opportunity to live the American Dream she never could. All five of Maggie's children ultimatelywent on to become outstanding academic achievers, earning a total of 13 college degrees among them. Told through Maggie's own words and through those of her son James, an award-winning child psychiatrist and brilliant educator, Maggie's American Dream is an unforgettable chronicle of courage, resourcefulness, and pride.

Together, the memories of mother and son form an engrossing history of one Black family's struggle for freedom and equality, as well as acompelling testimonial for the life-changing power of education.

Worth listening to. A very different story telling method but it worked. Well and kep me engaged

I think everyone should read this book, especially African Americans!!!! So much realism, insight, wisdom and truth about family values and living without excuses.