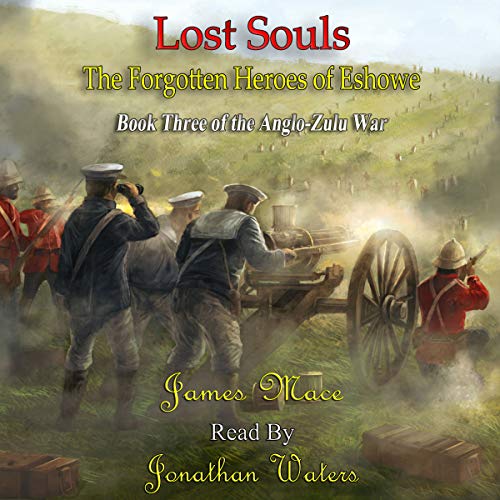 In January 1879, three columns of British soldiers under the command of Lord Chelmsford, commenced the invasion of the Zulu Kingdom. The southern No. 1 Column led by Colonel Charles Pearson advances on the old mission station at Eshowe. Their intent is to establish a fort and supply depot from which to support the centre No. 3 Column’s advance on the Zulu royal kraal at Ulundi. As the vast column of British soldiers and their African allies slogs its way across the coastal hills, the incessant rain and threat of typhoid promise to be as fearful a nemesis as the lurking armies of Zulu warriors.

Unbeknownst to Pearson, calamity struck a hundred miles to the north when nearly half of No. 3 Column is destroyed during a catastrophic battle at a mountain called Isandlwana. Despite the garrison at Rorke’s Drift subsequent repelling of the Zulu onslaught, the entire invasion is left in tatters. Over a thousand imperial soldiers now lie dead, in a war which the Crown never authorised or wanted.

Over the coming days, the Zulus surround the fort at Eshowe, cutting off all communications and resupply efforts. With the British Empire now reluctantly committed to war, reinforcements are dispatched from England. In a race against time, Lord Chelmsford rallies the arriving forces into a relief column. Should they fail to break through to Eshowe and relieve the garrison, Colonel Pearson and another thousand British soldiers will suffer the same fate as the poor souls whose bodies still lie unburied along the slopes of Isandlwana.

A reader's window into the past

The life of the 1900th century British soldier was filled with hardship and hard labor as well fear ,and bravery. The details are many without becoming tedious to the listener.

And the beat goes on, death life more death. The story of South Africa the Zulus and the soldiers continues. Fighting valiantly death on both sides, so tragic. These books are so full of history and tragedy and love. I recommend this book. Great writing.

Historical fiction at its best

great series of books and the third installment kept me glued like the first two. Highly recommend to the historian and casual reader alike

not a bad series but long i finish what i start. but overall good. enjoy

I enjoyed listening to this series. The author brings historical fact and a more personal human story from both sides. This is far better than a simple dry fact history book.