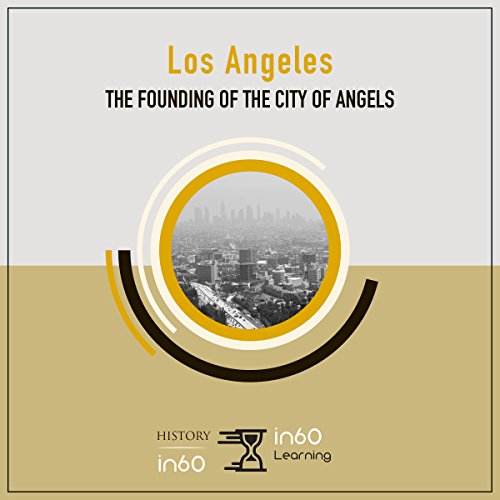 Get smarter in just 60 minutes with in60Learning. Concise and elegantly written nonfiction books and audiobooks help you learn the core subject matter in 20 percent of the time that it takes to read a typical book. Life is short, so explore a multitude of fascinating historical, biographical, scientific, political, and financial topics in only an hour each.

Everyone knows of Los Angeles’ legendary film industry, but few know the history that came before it. Native American tribes lived in the area for thousands of years before the city’s official founding. In 1791, the governor of Las Californias sent a diverse group of 44 “pobladores” - settlers - to establish a community in what is now downtown Los Angeles. The land passed into the hands of Mexico, then the US, who saw it through the influx of migrants during the California gold rush. The area’s good weather and great potential enticed filmmakers to establish Hollywood in 1903, and the rest of LA’s glitzy legacy is the history you already know.

Excellent Glimpse At The History of Los Angeles

Steering (mostly) away from the image of tinsel town, this book reviews the history of L.A. from prehistoric times up to the present. Though not long on detail it does delve into the ancient inhabitants as well as the city's founding in the 1700's. The audiobook concludes with a rapid-fire review of more recent facts and events.

A good way to spend an hour!

So that’s what happened

This is the sixth book I’ve read/listened to by In60 Learning and I would listen to another. Not being US born, I did not know what a diverse racial and cultural basis there was to the beginnings of Los Angeles. I learned a lot from this book. What a fascinating history this city has. Fascinating the reason why movie-making moved to LA.

This is the second book I’ve listened to by this narrator ( Russell Newton ). He does ok reading but there is an emphasis he puts while reading that is not quite well placed. It’s obvious your being read to and not the same as someone simply telling you some information. It would not stop me from listening to the book however.
There are no explicit sex scenes, excessive violence or swearing.