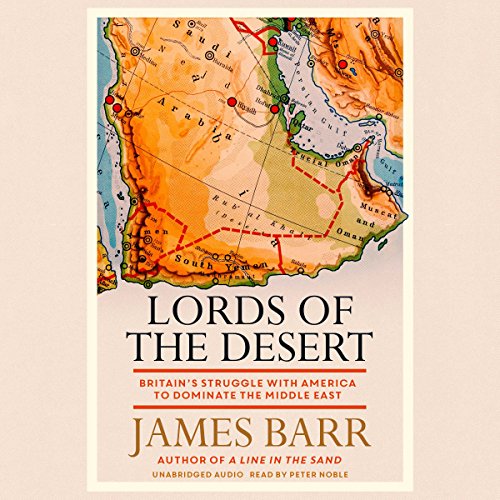 Lords of the Desert

Within a single generation, between 1945 and 1970, America replaced Britain as the dominant power in the Middle East. By any standard, it was an extraordinary role reversal, and it was one that came with very little warning. Starting in the 19th century, Britain had first established themselves as protector of the sheikhdoms along the southern shore of the Persian Gulf, before acquiring Aden, Cyprus and then Egypt and the Sudan. In the Great War in the 20th century they then added Palestine, Jordan and Iraq by conquest. And finally Britain had jointly run Iran with the Soviets since 1941 to defeat Hitler.

The discovery of vast oil reserves in Saudi Arabia, at a time when the United States’ own domestic reserves seemed to be running low, made America’s initial interest commercial. But trade required political stability. Its absence led the United States to look more critically at the conduct of her major ally in the region.

Added to this theatre of operations, the Zionists in Israel after World War One actively pursued a policy to establish and win an independent state for the Jews - which, spurred on by thousands of Jewish refugees from war-torn Europe, enabled them to build up the forces necessary to achieve power. How would Britain manage both Arab and Jewish positions and still maintain power? In 1943 they came up with an ambitious plan do so and in 1944 put it into action.

Lords of the Desert tells this story.