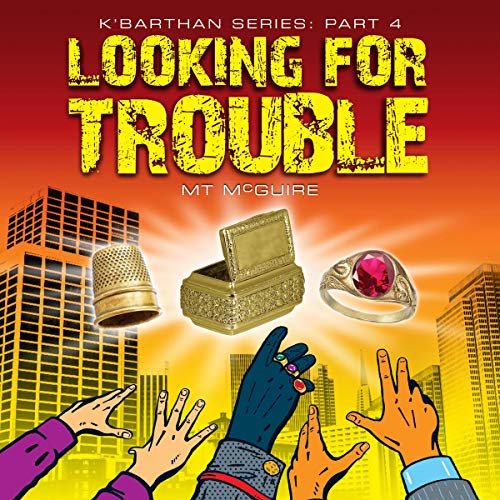 The Pan of Hamgee doesn't believe in miracles but if he’s going to save K'Barth it looks as if he might need one.

He's not quite as alone as he thought. The punters from The Parrot and Screwdriver are right behind him and he has rescued three of his friends from the Grongolian Security Forces, who are now of course, three of the nation's most wanted, which doesn't make life easy. He even has something of a plan for once. It involves making peace with the Resistance, trying to resurrect the Underground movement, and toppling Lord Vernon.

Now, The Pan just needs to keep his head down and maintain a low profile. He must be brave and clever and stay in control. That's going to be a first. But the hardest part will be staying alive long enough to put his plan into action.

This series is best listened to in order:

There's also a 30 min. prequel, Unlucky Dip, which is free if you join the author's mailing list. For details, go to: www.hamgee.co.uk/audioud.html

I enjoyed this series of books so much that I finished it in days. I usually spend weeks on my books but I could not stop listening. So much fun, great characters, fabulous narration... just the whole package. do yourself a favor and download this series and enjoy.